Rob Riggle finally understands Adele. The actor-comedian spoofed the singer’s “Hello” video in making his weekly picks for Fox NFL Sunday. The parody features Riggle and some lip sync belting from his Hangover costar Ken Jeong as he bemoans the teams in the Eastern NFC.

“It might be over for these teams,” Riggle mouthed. “They say that cream’s supposed to rise, girl, but our division’s curdling.” He later took on the song’s refrain, using the lyrics, “Romo’s on the sideline / and a decent backup’s hard to find.”

“I think I finally get Adele,” Jeong continued, “because loving & losing’s hard as hell.”

Laura Marcus, VP of Talent Relations for Fox Sports, released some behind-the-scenes photos from the video on Twitter, showing off Riggle in his cowboy-inspired getup. 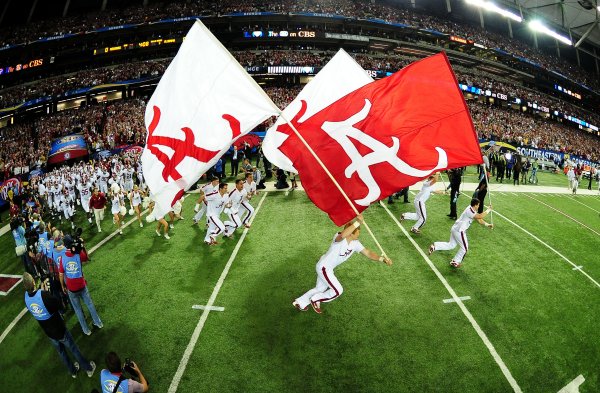