Gunnar Hansen, the actor who played Leatherface in the The Texas Chain Saw Massacre, died Saturday of pancreatic cancer at age 68, according to reports.

Hansen’s agent, who confirmed the death in a USA Today report, called the character “one of the most iconic evil figures in the history of cinema.” In the 1974 movie, a group of friends are targeted by Leatherface, who tries to kill one member of the group at a time.

Hansen has worked on a number of titles since The Texas Chain Saw Massacre, but none have gained the notoriety of the 1974 slasher hit.

Hansen was born in Reykjavik, Iceland and lived in Maine upon his death. He is survived by Betty Tower, his partner of 13 years. 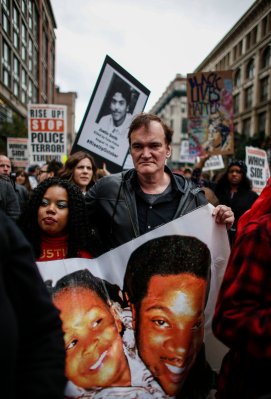 Quentin Tarantino Tells Cops to Stop Shielding Their Own
Next Up: Editor's Pick