Watch an Astronaut Play Bagpipes Aboard the International Space Station

An astronaut played the bagpipes aboard the International Space Station this week to honor a scientist who had died.

“He always had a quick smile, a kind word,” Lindgren told the BBC. “I don’t know if anyone was more enthusiastic and professional about being involved in human space flight.”

Playing the bagpipes in space has been years in the making for Lindgren, who is now thought to be the first to play the instrument in space. He approached a Scottish manufacturer about the idea two years ago, according to the BBC.

TIME is producing a series of documentary films about a yearlong mission to the International Space Station. Watch them here. 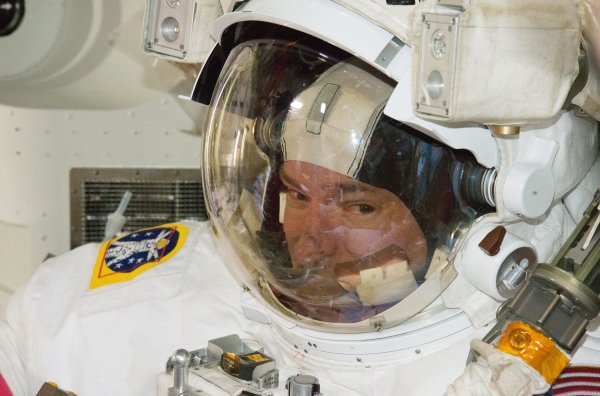 Watch a Space Station Spacewalk Live
Next Up: Editor's Pick