Parents in a small town in Colorado are stunned after authorities on Friday revealed a sexting ring involving hundreds of nude photographs and at least 100 students in the town’s high school.

George Welsh, the superintendent of Cañon City’s school system, said students at Cañon City High School had been circulating between 300 and 400 nude pictures of “over 100 different kids” on their cell phones, the New York Times reports. Welsh said children depicted in the photographs are believed to include students at the high school and eighth graders from the middle school.

The town of 16,000 has been shocked by the news and officials are uncertain as to how they will proceed, according to the Times. The alleged crimes, possession and distribution of child pornography, are both felonies but because most of the people involved are minors and some took and distributed photographs of themselves, law enforcement isn’t sure how to respond.

District attorney Thom LeDoux said he doesn’t intend to arrest hundreds of children and will “use discretion” if criminal charges are filed, the paper reports. 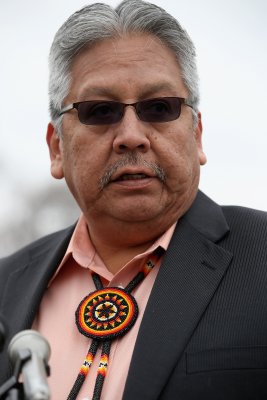