Karl Ove Knausgaard on Writing About Real People: 'I Can't Really Do It Anymore'

By Sarah Begley and Francesca Trianni

Many writers infuse bits of themselves, their family and friends into their work, but Karl Ove Knausgaard’s books are unusually personal. His 6-volume autobiographical novel My Struggle (Hitler reference intentional) documents everything in his life from childhood through marriage; its emotional honesty down to the most mundane events has won over many in the international literary community—even while upsetting some of the relatives whose likenesses appear on the page.

The backlash to personal descriptions has made Knausgaard a little warier. “If it’s personal, if some person’s involved, I can’t really do it anymore,” he tells TIME. “I did it in those six books and then I stopped doing it. It’s so hard.” But he still can’t quite put the practice to rest: “I have this project now, I write short texts, and in them I have some portraits of friends. The thing is I write one page about them, and that should be the essence of them, how I see them, and even though if I’m not revealing anything, it still is shocking to them, and they could be angry, or upset about it. And I thought, ‘Why? Why am I going there again?’ But it still is maybe a duty of a writer. Maybe it’s not, maybe it’s immoral, maybe it’s bad, I don’t know … If you write about someone, you’re taking something away from them. It’s a robbery. And you can’t get away from that.”

Knausgaard may have fraught feelings about straddling the border between fiction and non-fiction, but it’s an area he can’t seem to escape—and one that he points out has been well-trod by novels as far back as Don Quixote. “The whole book is about the difference between literature and life,” he says. “It’s not outdated. It’s kind of the core in literature, the division between writing and the world.”

Bridging distances like that are of particular interest to Knausgaard, and not only on the page. For instance, he’s written about the lone-wolf terrorist Anders Breivik, who killed 77 people in Norway in 2011, an event he relates to the gun violence plaguing the US. “I think it’s the same mechanism, same psychology as the school shootings in America and other places. The only thing that’s different is the context, and the reasons that Breivik made for himself. And there was another incident, a man in Sweden killing two people with a sword, and then he was killed himself. That has never happened before, either. So it’s like a virus—it’s spreading.”

“All these things are only possible with distance,” he says. “You can’t kill someone if he or she is close to you—that’s impossible. You could do it if in a rage, maybe, but rage is distance, you know? And those people who are going to school, gunning them down—the distance is huge. It’s like they’re on computer games or whatever. And it’s the same in the army: they train people to get that distance, so you can’t see the other in the one you kill. Literature is the opposite. Literature is the place where the other comes to you.”

“I don’t think you can give books to kids and they will not do this,” Knausgaard says. “But it is a principle there that’s very important.”

The fifth volume of My Struggle will appear in English in April 2016. 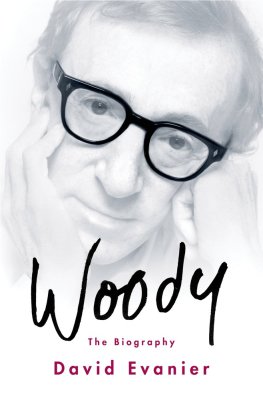 How Woody Allen Got His Nickname
Next Up: Editor's Pick