A Los Angeles judge has ruled that Bindi Irwin, daughter of late crocodile hunter Steve Irwin, can’t participate on Dancing with the Stars until she proves her father is actually dead.

Since Irwin is 17 and technically a minor, she can’t get paid by the ABC show until she can prove her father gave up the rights to her money, according to court documents obtained by Entertainment Weekly. “Petitioner has failed to show that the minor’s father has irrevocably and perpetually released, relinquished and quitclaimed to the minor any interest he may have to the minor’s earnings under the contract,” the court said.

Bindi’s father Steve Irwin, nicknamed “The Crocodile Hunter,” died in 2006 after being stung by a sting ray. Her mother has already signed a quitclaim allowing Bindi to participate. EW reports Bindi’s lawyers can submit his death certificate if the court does not revise its decision. 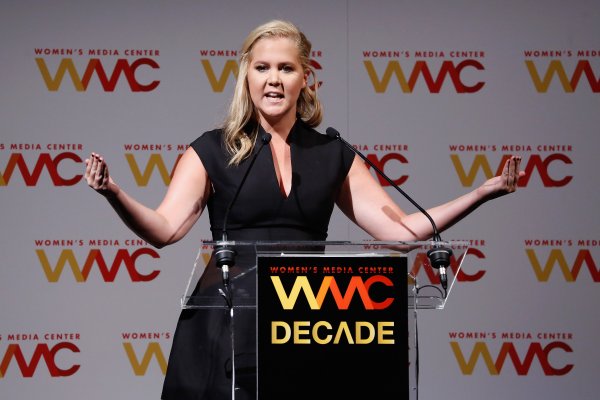 Amy Schumer Digs the Kardashians Again
Next Up: Editor's Pick