One Direction has unleashed a crooning, bittersweet anthem called “History” one week before the Nov. 13 release date of the band’s album Made in the A.M.

It’s the third single since Zayn Malik left the band and features claps, acoustic guitars and, according to Niall Horan, a chorus of singing fans. Following a tumultuous half-year in which the five-member team lost Malik and announced an “extended hiatus,” the new single can be interpreted as a celebration of the British boy band’s five-year journey alongside its fans.

“Actually, [longtime One Direction producer Julian Bunetta] and I brought some fans in the studio to record the chorus as like a crowd vocal,” Horan wrote on Twitter. “So this song is really YOURS.”

Made in the A.M. is the fifth and last studio release before the band goes on hiatus in 2016.

“More than anything, the song is about the way the fans and everyone have created this massive thing — One Direction — over the past five years,” Liam Payne told EW. “Out of [‘History’] comes a little bit of closure for this chapter of One Direction.”

Listen to “History” below. 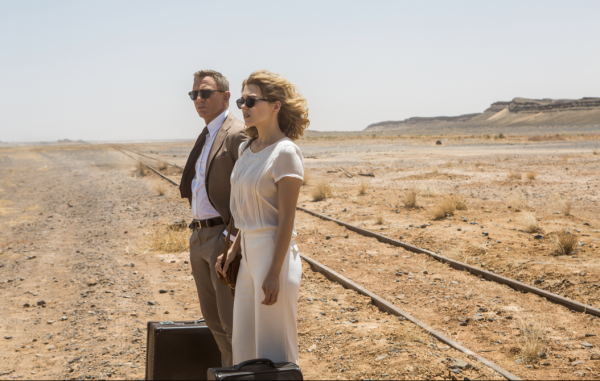 Midnight 'Spectre' Screenings Rake in $5.3 Million
Next Up: Editor's Pick