Environmental Activists Prepare for Next Fight After Keystone Victory

President Obama’s rejection of the Keystone XL pipeline marks the end of seven years of activism by environmentalists across the country. But, between celebrations on Friday, activists painted the decision as just the beginning of a new era of activism where any additional fossil fuel projects will not be tolerated.

“It’s good, and at the same time it cannot be the extent of Obama’s work on climate,” said Lindsey Allen, Rainforest Action Network executive director, of Obama’s Keystone decision. “This is an opportunity to build on momentum and work to stop other projects like this.”

The next frontier—a campaign known as “keep it in the ground“—has been in the works since long before Obama reached his final decision about Keystone. Activists have used the phrase, which refers to stopping new and continued drilling of fossil fuels, in protest since at least the summer.

The hope is that Obama will use his executive authority to stop issuing new permits for coal, oil and natural gas operations on federal lands. The federal government currently leases 67 million acres of land for fossil fuel extraction. Such a radical switch in positions would be a surprising move for Obama, who has insisted that the U.S. exploit some fossil fuel sources like drilling in the Arctic and the Atlantic. But activists say that stopping Keystone seemed equally far-fetched when the campaign began years ago.

Activists also point to Obama’s use of language reminiscent of their own as evidence that their message had taken hold. “We’re going to have to keep some fossil fuels in the ground rather than burn them and release more dangerous pollution into the sky,” Obama said Friday. Still, other parts of Obama’s remarks acknowledge that the U.S. will continue to rely on fossil fuels to some degree for the foreseeable future.

Most of the “keep it in the ground” activism thus far has focused on attracting the support of elected officials and has been met with some success. Just this week Democratic Senators Jeff Merkley and Bernie Sanders introduced legislation to prohibit new leases of federal land for extraction. With the Keystone victory under their belt, environmentalists say they will begin to highlight a slew of other fossil fuel projects that require government approval.

“Moving forward it’s going to be very difficult for any fossil fuel project to move forward without opposition,” said Benjamin Schreiber, a director at Friends of the Earth. “We have new metric: if a project worsens climate change, we shouldn’t be approving it.”

In the more immediate future, activists say Obama’s Keystone announcement provides momentum ahead of international climate change negotiations to be held in Paris beginning later this month. Rejecting Keystone gives Obama a credibility he wouldn’t have had otherwise, they said.

“We have an opportunity to get a global agreement to dramatically cut those emissions,” Michael Brune, Sierra Club executive director. “This shows that the U.S. is serious about its commitment.” 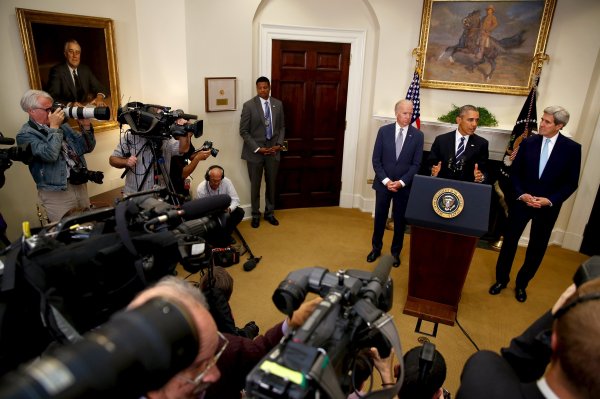