October may have been a bummer month at the U.S. box office, but James Bond looks set to stir things up. Early screenings of Spectre on Thursday reportedly brought in $5.3 million, according to Sony, so Daniel Craig’s latest Bond outing is already ahead of Skyfall, which nabbed $4.6 million from its early shows back in November 2012.

Sony is cautiously predicting an opening weekend of $60-65 million for Spectre, but Skyfall went on to pull in $88.4 million. Spectre already debuted in the U.K. to the tune of $68 million in its first week (the biggest seven-day U.K. opening ever), and Sony expects a similar debut stateside. Skyfall went on to make more than $1.1 billion worldwide, so the bar is high. Spectre hasn’t received the same stellar reviews as Skyfall, but that won’t necessarilty diminish fan enthusiasm for the 24th Bond adventure. 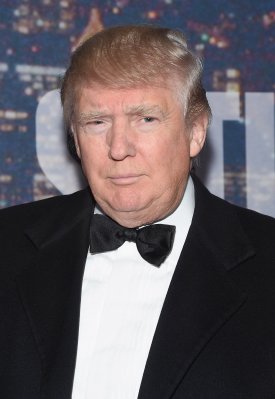 This 20-Year-Old Movie Predicted the Uproar Over Trump’s SNL Appearance
Next Up: Editor's Pick