How Christie and Huckabee Will Work Around Debate Diss

New Jersey Gov. Chris Christie and former Arkansas Gov. Mike Huckabee have been booted from the main debate stage. They’re now ready to camp out where they have built up reserves of goodwill.

For Christie, that means New Hampshire, where he has assembled a top-flight political operation and has made more than 100 campaign stops—more than anyone except South Carolina Sen. Lindsey Graham. For Huckabee, his base of operations is going to become Iowa, a state whose caucuses he won in 2008 and where he has made some 112 political stops this year. Lacking other options and trailing in the polls, this unlikely pair of candidates is hoping some of the traditional hand-to-hand campaigning will pay off.

Neither campaign was pleased with the development, announced late Thursday from debate hosts Fox Business and Fox News. But, at the same time, neither was treating the news that they won’t face top-tier candidates next Tuesday in Milwaukee as though it were the end of the campaigns. After all, they’re already running slim operations on lean budgets.

“I’m not a whiner or a complainer about rules. Rules are the rules. I can agree or disagree, it doesn’t matter,” Christie said in New Hampshire on Friday. Instead of facing nine rivals on the main debate stage, he was set to meet Huckabee and two familiar faces at undercard debates: Louisiana Gov. Bobby Jindal and former Sen. Rick Santorum of Pennsylvania. “I’m going to debate on a stage with only four people, rather than 10. That’s going to be good for me.”

Huckabee advisers argued that the talkative former Governor could have a bigger chance to make his case when he isn’t competing on a crowded stage. One also joked that being booted to the lower-tier debate was not going to hurt them among donors—Huckabee has never been one to have deep-pocketed supporters anyway. If anything, being kicked by the media could be used as a fund-raising tool.

Christie and Huckabee have logged solid debate performances this campaign, yet neither used them to ride higher in the polls. Instead, they watched as their star power faded and the nomination seem to move further out-of-reach.

Indeed, Christie has been logging the miles in New Hampshire and in Iowa, where he is schedule to campaign on Wednesday right after the debate. His aides have put together a technically savvy campaign and he is slowly grinding out a political machine that advisers hope pay dividends when Iowa starts the nominating race on Feb. 1, 2016.

“It’s one moment in a campaign and I can’t get myself all tied up in knots about it,” Christie told the Newark (N.J.) Star Ledger between campaign stops. “I’m not worried about it.” 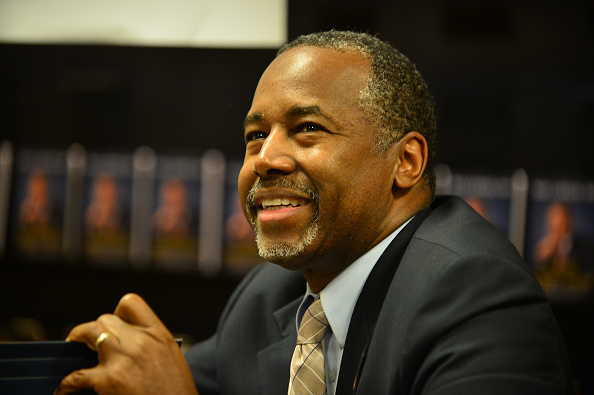