U.S. and Russia Sending Weapons to Syria Best-Suited for Shooting at Each Other

An F-15C leaves its English base for Turkey on Friday.
Air Force / Nigel Sandridge
By Mark Thompson

Those heartbreaking stories of a youngster killed by a parent’s wayward gun can lead one to wonder: what the heck was Dad thinking? Yet something similar seems to be happening as Russia and the U.S. deploy forces to fight in Syria.

While they’re battling different rebel groups inside that wartorn land—the U.S. is going after the Islamic State in Iraq and Greater Syria, while the Russians are mostly battling other rebels fighting to overthrow Syrian President Bashar Assad—neither of those outfits has an air force.

Yet six F-15C fighters—which can only fight other warplanes—arrived in Turkey on Friday. The planes “were deployed after the Government of Turkey requested support in securing the sovereignty of Turkish airspace,” the U.S. Air Force said. While it added that the planes “will conduct combat air patrols in Turkish air space,” there’s also a fair chance they’ll be used to escort U.S. and allied warplanes attacking ISIS targets inside Syria.

On Thursday, a Russian general said his military has dispatched “anti-aircraft rocket systems” to Syria because “we took into account every possible threat.” The units deployed include Buk anti-aircraft missile systems, the same kind of weapon that brought down a Malaysia Airlines 777 over eastern Ukraine in July 2014, killing all 298 on board.

Both deployments comport with the old military adage to “git there firstest with the mostest.” But the fact that there are no rebel targets for either kind of weapon is worrisome. While Russian airpower is focused on western Syria, and U.S.-led bombing focused in the north and eastern parts of the country, accidents and miscalculations made amid the fog of war can lead to unforeseen tragedies. The U.S. Navy decision to shoot down an Iranian airliner over the Persian Gulf in 1988, killing 290, is one example. So is the U.S. Air Force’s decision to destroy a pair of U.S. Army Black Hawk helicopters over Iraq in 1994, killing all 26 aboard.

“We’re not going to make Syria into a proxy war between the United States and Russia,” President Obama pledged last month.

If that’s the case, it might be wiser to keep such weapons at home.

Read Next: Why the U.S. Hopes ISIS Didn’t Destroy the Russian Airliner 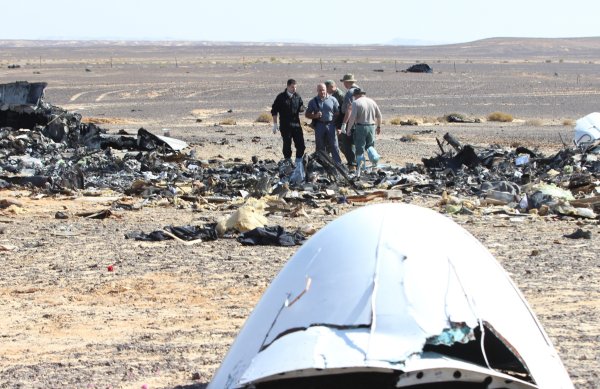 Why the U.S. Hopes ISIS Didn't Destroy the Russian Airliner
Next Up: Editor's Pick