President Obama announced on Friday that he will reject an application for the completion of the Keystone XL oil pipeline after years of consideration.

“The pipeline would not have made a serious impact on…the American people’s prospects for the future,” Obama said, speaking from the White House along with Secretary of State John Kerry. “[It] would not make a meaningful long-term contribution to our economy.”

The announcement comes just days after TransCanada, the company behind the pipeline, asked the Obama administration to delay consideration of the application until the next president takes office in 2017. Many assumed the last-minute plea was due to the realization that Obama would reject the application.

Environmentalists and Democrats in Congress have applied increasing pressure on Obama in recent weeks. Democratic presidential candidate Hillary Clinton and her opponents in the Democratic primary have all announced opposition to the project. Low oil prices also have reduced the desire for costly oil from the tar sand drilling.

The move comes as Obama seeks to position himself as a champion of the environment in the remaining months of his presidency. The White House has announced a slew of initiatives to address climate change in the past several months, including a landmark regulation of power plants. Obama also hopes to play a leadership role at a conference on climate change in Paris set to begin later this month and environmentalists have said that rejecting Keystone would bolster that image.

Environmentalist critiques of Keystone were many and varied. Most prominently, activists argued that the fossil fuels should be kept in the ground to prevent future carbon dioxide emissions. In addition, the process of extracting a barrel of oil from Canadian tar sands leads to more than 3 times as much carbon dioxide emitted than the process for conventional drilling. Activists also warned about the dangers of a potential oil spill.

Obama expressed a frustration about what he described as the “over-inflated” symbolism of the Keystone XL pipeline at his Friday press conference. The policy would have been “neither a silver bullet” nor “the express lane to climate disaster,” he said. Ultimately, the project’s symbolism played a key role in the decision to reject it. A senior State Department official said Friday that approving the pipeline would have been viewed internationally as inconsistent with U.S. policy and efforts to combat climate change

Obama’s decision was also bolstered by a change of tides in Canada, where Liberal Justin Trudeau took office after nearly a decade of conservative governance. Trudeau’s predecessor Stephen Harper had made Keystone a key policy and a lynchpin of U.S.-Canada relations. While Trudeau publicly supports the construction of a Keystone pipeline, the measure was not a key part of his platform, giving Obama the leeway to reject the pipeline without damaging relations with the U.S. neighbor to the north. Obama said Friday that he had spoken with Trudeau regarding the decision and vowed to work with Canada on future climate and energy policy.

Environmental activists swiftly applauded Obama’s decision on Friday, arguing that the move adds momentum going into the Paris climate talks. “This represents a courageous leap forward in the climate fight,” said Rhea Suh, president of the Natural Resources Defense Council, in an emailed statement. “In no way was the pipeline in America’s national interest.”

—with reporting by Zeke J. Miller and Maya Rhodan

Read Next: Why Canada Wants to Hit Pause on the Keystone Pipeline 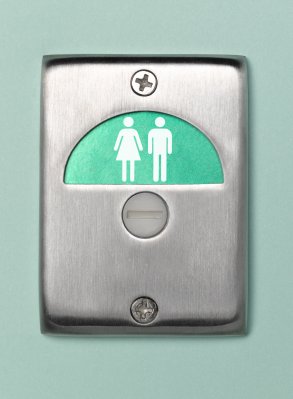 How Poop Can Be Worth $9.5 Billion
Next Up: Editor's Pick