What Catalonia's Vote for Independence Means for Europe

On Monday, the regional parliament of Catalonia voted to begin the process of seceding from Spain and becoming an independent country, stoking fears about unity in an increasingly fragile Europe.

In a vote in the regional parliament, Catalan lawmakers voted 72 to 63 to a plan for independence from Spain by 2017. The Spanish Prime Minster, Mariano Rajoy, promised to halt the move for independence by appealing the decision in Spain’s Constitutional Court. “Catalonia is not going anywhere, nothing is going to break,” Rajoy said in a nationally televised address.

The Constitutional Court will likely rule against the law, according to the Associated Press, but in an odd quirk, the Catalonian resolution specifically directs the Catalonian government to reject the court and gives the incoming government 30 days to begin writing a new Catalan Constitution.

Experts say the chances of Catalonia actually successfully seceding rom Spain are highly unlikely. Secession is illegal under Spain’s constitution. Even if Catalonia could somehow break free, it would be unlikely to gain membership in the European Union or be recognized internationally. Catalonia also would face economic problems; even though the Catalans pay a large proportion of tax revenue to Madrid, they don’t receive much of that spending. As a result, their government has gone in to debt to Madrid, after requesting a bailout from Madrid’s central government in 2012.

Located in the northeast corner of Spain, Catalonia is arguably Spain’s most powerful economic region, making up just 16% of the country’s population while providing a fifth of the country’s economy. Though Catalonia has roots as an independent state dating back to the 11th century, it has long been a part of Spain, while maintaining its own language, culture, cuisine, and semiautonomous government. The possibility that Catalonia would break apart from Spain and form its own independent state has gained traction during the financial crisis of the last several years. In 2009, opinion polls generally showed support for independence in Catalonia hovering around 20%—a figure that had doubled to the mid-40’s by 2015.

The political push to gain independence started in earnest in September 2012 when Rajoy tussled with Catalonia’s leader Artur Mas over the region’s request to reduce its contribution of tax revenue to Spain’s central government, which redistributes wealth to poorer regions of the country. The Prime Minister refused to negotiate, causing frustrations to mount in Catalonia. At that time the moderate Mas supported greater economic sovereignty for Catalonia but not independence from Spain. He has since changed his mind, joining forces with more radical Catalonian politicians.

Since 2012—partly because of the Rajoy’s refusal to negotiate with the Catalans—the independence movement has gained considerable momentum. The two pro-independence parties in Catalonia, Junts pel Si and CUP, the far-left party, together won a majority of 72 seats out of 135 in the regional legislature in an election on Sept. 27th. But the victory came through a parliamentary quirk that meant the pro-independence parties won only 48% of the vote. Despite this, and the fact that opinion polls show that less than 50% of Catalans support independence, the far left factions of the movement have decided to hold a vote on independence.

What happens next is difficult to predict. The dispute between Catalonia and the central government seems to have moved beyond negotiation, and Rajoy may feel as if he has been forced to retaliate. The worst case scenario would be if Spain’s central government lashed out by rolling back the autonomy of Catalonia, which could result in the president of the parliament being deposed, and even elected officials being prevented from accessing buildings. . “The problem is Spain has been put in a situation where confrontation is now the only path that is left,” says Manuel Muñiz, a Spanish public policy teaching fellow at the University of Oxford.

Catalonia’s very public and aggressive movement towards independence could also send shockwaves beyond Spain into greater Europe. Some are concerned that a strong, highly publicized Catalan movement could ignite similar bids for secession in regions of Italy, Belgium, Germany and the United Kingdom, where a referendum for independence in Scotland failed in September of last year. Already, the Catalonian movement seems to have inspired a coalition of separatist parties in the Basque country, another semi-autonomous region in Spain, to submit a bill to their local parliament to give Basque citizens the ability to decide their future, which could include independence. In a statement on Nov. 3rd, a spokesman for one of the separatist parties referred to Catalonia’s movement several times.

Such movements threaten the stability of the European Union, which has already been weakened in recent years over the economic crisis, fiscal problems in Greece, the looming possibility that Britain might leave the E.U., and disagreements over the mass migration of refugees from the Middle East. Muñiz says that the splintering of nation states threatens the very nature of the European project itself, which formed in part to redirect the nationalism that led to the Second World War.

Within this context, Catalan’s increasingly loud independence movement “matters hugely,” says Muñiz. “Europe is essentially the largest political project of diversity in the world. The narrative promoted by the Catalans, the language of particularism, and the sense that we need these small political entities, goes radically against what Europe stands for, and it is a dangerous argument. If this movement were successful and were to spur similar movements, it would essentially be the end of European integration.” 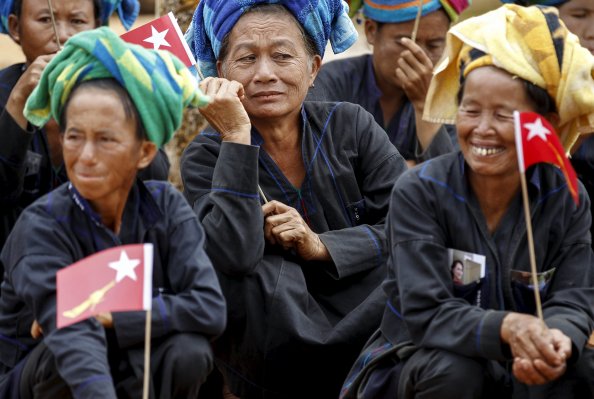