You Know You Want to Watch Donald Trump Host SNL

Ideas
By Jim Norton
Jim Norton is co-host of the Jim Norton and Sam Roberts Show weekday mornings on SiriusXM and co-host of UFC Unfiltered, the official podcast of the UFC

Donald Trump is hosting Saturday Night Live this week, and love him or hate him, you have to admit he’s the only candidate who will actually do it well. SNL’s present cast is excellent, and Trump has hosted before. Watching any of those other painfully banal candidates attempt to deliver punch lines would be excruciating at best. That’s not to say he has a limitless sense of humor about himself. When Seth Meyers was beautifully mocking him at the White House Correspondents’ Dinner, Trump looked like he was watching ISIS videos in an IMAX 3-D Theater.

Predictably, there is outrage that he is hosting, and some have called him a racist and an idiot. Others will make hacky, predictable hair jokes. I am willing to admit I have nothing original to say about his hair. And neither do you. Let’s move on already.

Maybe I’m just biased because I like Trump and intend to vote for him. The thing that attracts me to him is what a wonderful mirror he is to how bad the other candidates are. It seems the best way to observe how flat and dead most politicians are is to put them in close proximity of someone who is alive. That doesn’t mean I think he’s always right; I just think he’s honest. Someone who is lying wouldn’t say, “They’re rapists. And some, I assume, are good people” when referring to Mexican immigrants.

Nor would they talk about John McCain getting “captured” in a ridiculing tone. McCain did almost six years in a POW camp; Donald took a deferment because of his feet. (If the feet excuse didn’t keep Oscar Pistorius out of prison, it shouldn’t have kept Trump out of Vietnam.) These are both comments that would have ruined any other candidate even after they immediately feigned sincerity and apologized.

One of my favorite qualities about Trump is he seems to be the only person in either party with enough of a spine to push back against the endless, deafening whine of American hypersensitivity. Even the most seasoned politicians should take note; Trump’s unwillingness to be cowed for his opinions is a more respected quality than any of their takes on any of the issues.

This current crop of candidates is so pitiful that a man whose catch phrase was “You’re fired” has compelled every one of them to change the way they communicate publicly. They are trying so hard to match his brutal honesty and perceived fearlessness of missteps. And watching them trying to compete with his energy is simply embarrassing at this point.

Just because I’ll vote for Trump doesn’t mean I’m unaware of his shortcomings.

I wish he’d stop saying he’s going to “make America great again.” It’s not that I object to the sentiment; I would just like to see him go a little deeper into the issues. I feel as if we’ve been dating for three months and he can’t think of anything more substantive to say to me than, “You’re pretty!” The last thing Trump needs to do is start being evasive and vague because he’s worried about giving the wrong answers. Because his willingness to give honest answers, even when they’re wrong, is what people loved about him in the first place 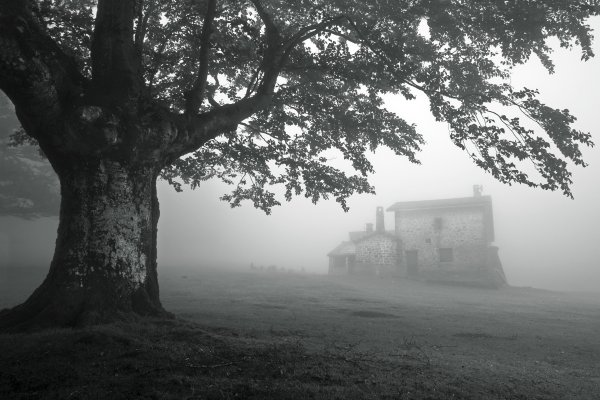 This Is Why Haunted Houses Creep Us Out
Next Up: Editor's Pick