Rep. Quigley: Americans Deserve to Know Everything Politicians Do

I often hear complaints that the public debate in this country has become increasingly partisan and polarized. The American public is no longer being informed by the like of Walter Cronkite and Edward R. Murrow. Instead, Americans too often get their information from a 24-hour news cycle filled by talking heads and sensationalism. And with the advent of social media and message boards, anyone can post anything, credible or completely misinformed. What few realize, or like to admit, is that there is a way Congress can help elevate the debate and educate our constituents with neutral, unbiased, non-partisan information from the Congressional Research Service.

Since 1914, as a little-known but highly regarded division of the Library of Congress, the service has prepared scholarly reports that help inform and educate our nation’s congressional leaders. Along with the Government Accountability Office and the Congressional Budget Office, it provides Congress with a credible, non-partisan source of information. It prepares thousands of reports on topics ranging from foreign aid and the debt limit, to sentencing reform and Medicare Part B premiums, which are frequently cited by legislators and policy experts.

Taxpayers have a stake in these reports, providing more than $100 million annually to support the work of the Congressional Research Service. Unfortunately, these reports are often made available to just a select few inside the Beltway, leaving everyday citizens out in the dark. Because of the value these reports hold for researchers, students, educators and the general public, it is puzzling why efforts to make the reports public have failed for decades.

It’s time we grant all Americans access to the same neutral, unbiased, non-partisan information that many in Congress rely on every day. Given the extreme partisanship and gridlock in Washington, D.C., it is more important than ever to have an informed electorate. Making these reports available to the public would empower our constituents with vital information about the key issues we’re debating in Congress, increasing government transparency and giving the public the tools they need to hold their government accountable.

I understand that allowing the public to access these reports will not solve all of our problems or answer all of the questions constituents have about the work that happens on Capitol Hill. But it underscores the broader need for increased transparency in Congress and government. Public trust in government has reached historic lows, causing too many Americans to simply give up on Washington and the mission of government. The best way to rebuild the public’s trust and promote a more efficient and effective government is by furthering government accountability through increased transparency. That is why I established the bipartisan House Transparency Caucus, with a mission to enact legislation that will make the federal government more accessible to the people.

Along with fighting to make Congressional Research Service reports public, I have introduced the most far reaching transparency legislation in Congress, the Transparency in Government Act. This act would modernize public access to government information by utilizing 21st-century technology to make all congressional business including bills, hearings, votes, travel and expenses available online. It would also strengthen oversight of federal spending, increase financial disclosures for both lawmakers and lobbyists, and apply many of these reforms to the executive and judicial branches. I have also led the effort to allow cameras in the Supreme Court and introduced the Taxpayer Receipt Act to provide every American with an itemized receipt explaining how their taxpayer dollars are being spent.

The steps towards a more open and transparent government may seem modest to some, but in reality they have a huge impact on how government serves the American people. The mission of government matters and the work we do touches all Americans. I want to ensure everybody has access to credible resources that will help them understand Congress’ decision making process, so they can trust the good choices we make and hold us accountable for the bad ones. Information is power—and that is what the American people deserve. 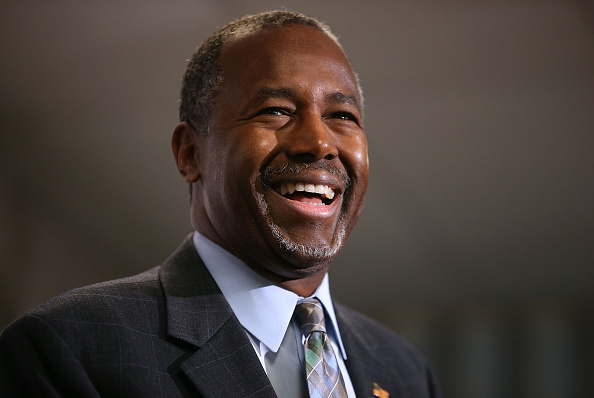 Ken Ham: Here's the Deal With Ben Carson, the Pyramids and the Bible
Next Up: Editor's Pick