New York State’s Attorney General launched an investigation this week into whether Exxon Mobil had lied to the public about climate change, lending new credence to reports that the company denied climate change despite understanding and researching the topic.

Exxon employed scientists who researched climate change and shared that information with company executives as early as the 1970s, according to reports from InsideClimate News and the Los Angeles Times earlier this fall. The company subsequently spent millions on campaigns to question the science behind global warming, according to the reports.

Environmental activists have been pushing for government regulators to take action against Exxon since the release of the reports earlier this year. Last week a group of prominent environmental activists penned an open letter to Attorney General Loretta Lynch asking for a federal investigation into the allegations.

“These revelations should be viewed with the utmost apprehension,” they wrote. “They are reminiscent—though potentially much greater in scale—than similar revelations about the tobacco industry.”

An Exxon Mobil spokesperson said the company is “assessing our response” to the subpoena, but dismissed reports that the company had sought to cover up climate change research as “inaccurate distortions of ExxonMobil’s nearly 40-year history of climate research.” 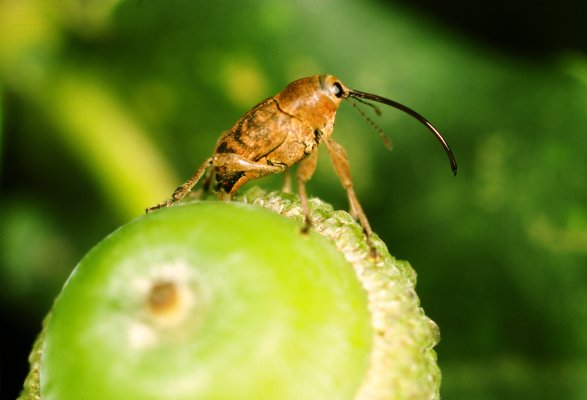 What 1,500 Bug Species Tell Us About Climate Change
Next Up: Editor's Pick