Why Hillary Clinton Thinks Gun Control Can Win in 2016

Seven years ago, when Hillary Clinton was fighting a grueling Democratic primary battle against then-Sen. Barack Obama, she boasted of duck hunting and championed the Second Amendment. Clinton’s campaign in Indiana sent around negative mailers pasted with rifles, accusing Obama of being weak on gun rights. She talked of learning to shoot a gun as a child.

“You know, my dad took me out behind the cottage that my grandfather built on a little lake called Lake Winola outside of Scranton and taught me how to shoot when I was a little girl,” Clinton said in April 2008. “It’s part of culture. It’s part of a way of life. People enjoy hunting and shooting because it’s an important part of who they are.”

That year, she went on to overwhelmingly win states in the Democratic primary with rural whites, from Pennsylvania to Kentucky and West Virginia.

Today, Clinton’s calculus has changed. She has come out this campaign in favor of gun control measures with a vigor that surprised even some Democrats, targeting minorities and urban voters. Without contradicting any of her policy positions from 2008, Clinton is helping shape the national debate about firearms, calling for a “national movement” to “stand up to the NRA” and lambasting Republicans for voting against gun control legislation.

“What is wrong with us, that we cannot stand up to the NRA and the gun lobby, and the gun manufacturers they represent?” a visibly angry Clinton said shortly after the Oregon shooting last month that left 10 people dead. “This is not just tragic. We don’t just need to pray for people. We need to act and we need to build a movement. It’s infuriating.”

The change in Clinton’s approach to guns comes as the Democratic Party at large has shifted. A spate of mass shootings has reinvigorated liberals who support strengthening gun laws, while wealthy backers have pledged money to help fend off negative ads. While the NRA and conservative groups have lambasted her, Democratic strategists believe that Clinton’s embrace of gun control is a savvy political move.

In fact, gun control advocates are more organized and better-funded than at any time in at least the last two decades. Groups such as Everytown For Gun Safety, bankrolled by billionaire Michael Bloomberg, and Americans for Responsible Solutions, former U.S. Rep. Gabrielle Giffords’ super PAC, are spending millions to counteract the NRA. As a sign of the changing times, they point to close battles where pro-gun control candidates have won, like Gov. John Hickenlooper in Colorado, or the dozens states that have passed some form of stricter gun laws since the Newtown elementary school shooting.

The polls on guns are mixed, but some Democrats point to evidence that public opinion on gun control is changing. A Gallup survey in October showed that 56% of Americans believe there should be stricter laws around firearms sales, a rise of eight percentage points from 2014.

“Democrats are starting to believe that a strong statement on gun control will motivate the base and not cost them in purple states,” said Adam Winkler, a professor of constitutional law at UCLA. “That is a totally different electoral calculation than they were making even four years ago.”

Clinton has called for an array of gun control measures, including holding gun manufacturers liable for gun violence, closing a loophole that allows gun sales to proceed after three days if a background check is not completed in that time and taking administrative action to require background checks at guns shows and gun stores. This week, her campaign released an ad calling for gun control measures.

“We need to close the loopholes and support universal background checks,” she said. “How many people have to die before we actually act?”

“There is a significant swath of swing voters who support background checks and other gun safety, and who take it as a sign that someone is out of the mainstream if they oppose universal background checks,” said Geoff Garin, a pollster for Clinton’s 2008 campaign now with her super PAC, Priorities USA Action. “Opposing common-sense gun safety laws either means that someone is too extreme or too much in the pocket of the gun lobby.”

Still, there’s a reason that Democrats shied away from arguments about guns in the past. Already, opponents of gun control are gearing up to do battle against Clinton on the general election.

For decades, the NRA has won key elections by motivating gun owners to show up at the polls. After the Brady Bill was passed by President Bill Clinton banning assault weapons and requiring federal background checks, the Democrats lost the House of Representatives in 1994. In 2000, Bill Clinton blamed Al Gore’s general election loss on the NRA and gun lobbies, saying they “probably had more to do than anyone else in the fact we didn’t win the House this time, and they hurt Al Gore.”

And this week, the NRA is claiming victory in a series of highly publicized state races in Virginia that saw gun rights candidates win. In one race in the Richmond area, pro-gun control Democrat Daniel Gecker lost a key race for state Senate despite $700,000 invested by a Bloomberg group, and an additional $700,000 on advertising by Americans for Responsible Solutions—unusually large sums for a local election.

“On Tuesday night, Virginia voters undercut recent assertions by gun control advocates that the political calculus has changed,” said Jennifer Baker, director of public affairs at the NRA Institute for Legislative Action. “The rebuke of Bloomberg’s anti-gun campaign in a state like Virginia does not bode well for Hillary Clinton and other politicians that are running on an anti-Second Amendment platform.”

According to data collected by the National Rifle Association, at least 12.8 million people have concealed carry permits, and the total number of Americans who carry a gun with them is likely much higher. It is a dramatic increase from previous elections, and it reflects an ever-larger and more-committed slice of the electorate that view guns as a top issue. Organizers say these voters have a strong attachment to guns and will overwhelmingly oppose Clinton at the polls.

“She thinks she is just insulting people in upstate New York and Montana but she doesn’t understand it’s a personal thing,” said conservative organizer Grover Norquist. “If you’re a guy who carries a gun around with him it’s a part of you. And she doesn’t know that.”

Regardless, Clinton has shown no signs of slowing her charge. If some committed gun toters of 2008 no longer support Clinton, that’s because she is no longer talking to them.

On Monday in Chicago, Clinton met with the mothers of African Americans who have been killed by guns, including Trayvon Martin, the 17-year-old shot in Sanford, Florida. The mothers came out of the room strongly approving of the Democratic frontrunner.

Read Next: Democrats Push For Gun Control Ahead of 2016 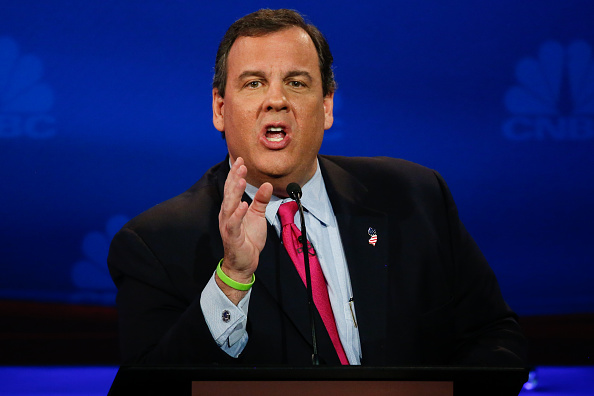