A report by Doctors Without Borders offers graphic new details about what the organization called a “relentless and brutal” U.S. attack on a hospital in Kunduz, Afghanistan, last month that left dozens of people dead.

Doctors Without Borders, also known as Médecins Sans Frontières (MSF), has condemned the Oct. 3 attack and demanded an independent investigation into why the hospital was the target of U.S. airstrikes.

“Patients burned in their beds, medical staff were decapitated and lost limbs, and others were shot by the circling AC- 130 gunship while fleeing the burning building. At least 30 MSF staff and patients were killed,” the introduction to the report says. The dead include 10 patients, 13 staff and seven more bodies that were so badly burned they have not yet been identified.

MSF says it determined from its review that its hospital should not have been a military target. “MSF was in full control of the hospital before and at the time of the airstrikes; there were no armed combatants within the hospital compound and there was no fighting from or in the direct vicinity of the trauma centre before the airstrikes,” the report reads. “What we know is that we were running a hospital treating patients, including wounded combatants from both sides – this was not a ‘Taliban base.’”

President Obama has apologized for the strike. 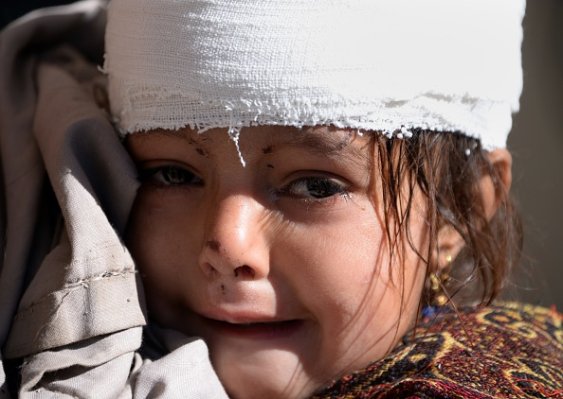 Quake Victims at Risk of Death From Exposure
Next Up: Editor's Pick