How to Live Your Best Life, According to a Roman Emperor

Marcus Aurelius has been read for 1800 or so years now and he’s arguably just as relevant today as he was when he was ruler of the Roman Empire.

Aurelius, the ruler of the Roman Empire for almost two decades, was also the author of the immortal Meditations. “Yet the title,” writes Gregory Hays in the introduction, “is one that Marcus himself would surely have rejected. He never thought of himself as a philosopher. He would have claimed to be, at best, a diligent student and a very imperfect practitioner of a philosophy developed by others.” Everyone who reads Meditations—from elementary school children to presidents—takes away some lessons. Be wary though, the book presents a dim view of human life.

To understand Meditations, we must first understand the role of philosophy in ancient life.

While there was certainly an academic side to philosophy back then it also had a more practical side expected to provide a design for living—”a set of rules to live one’s life by.” A need not met by ancient religion, “which privileged ritual over doctrine and provided little in the way of moral and ethical guidelines.” Philosophy was expected to fill the gap.

Book one, a special section entitled Debts and Lessons, is “distinguished from the rest of the work by its autobiographical nature.” It consists of seventeen entries in which Marcus Aurelius reflects upon what he has learned from various influential individuals in his life.

Here are some lessons we can draw from book one.

Do Your Own Work

The Ruthlessness of Good Families

Staying on the Path

Still curious? Meditations is part of the Stoic Reading List.

Read next: A Philosopher’s Guide to Happiness 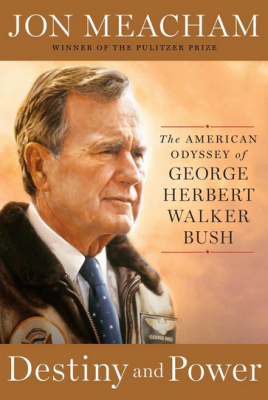 How Jeb Bush's Trouble Began During Dad's Presidency
Next Up: Editor's Pick