Filmmaker Quentin Tarantino, whose participation in a New York police brutality protest has sparked controversy and a boycott of his movies, defended his recent comments on MSNB’s All In with Chris Hayes.

Tarantino, who’s known for films Pulp Fiction, Django Unchained and Inglorious Bastards, has a widely anticipated film called Hateful Eight releasing on Christmas. But police have spoken out about boycotting his work following his remarks.

President of New York Police Union Patrick J. lynch said in a statement that Tarantino was a “cop-hater” who “makes a living glorifying crime and violence.”

Tarantino is pushing back for clarification, saying that just because he was at the protest, doesn’t mean he’s anti police.

“I was under the impression I was an American and I had first amendment rights and there was no problem with me going to an anti-police brutality protest and speaking my mind,” he told MSNBC’s Chris Haynes on Wednesday.

He continued to defend himself, saying that he cannot stand by when he sees murder and that the police “would rather start arguments with celebrities than examine the concerns put before them by a citizenry that has lost trust in them.” he said. “I’m not a cop hater…they say that about anybody who acknowledges that there’s a problem in law enforcement in this country right now is a considered by law enforcement part of the problem, whether that be me, whether that be Bill De Blasio, whether that be President Barack Obama.”

The Weinstein Co is releasing The Hateful Eight and is standing by Tarantino, telling The Hollywood Reporter that the company “has a long-standing relationship and friendship with Quentin and has a tremendous amount of respect for him as a filmmaker.” 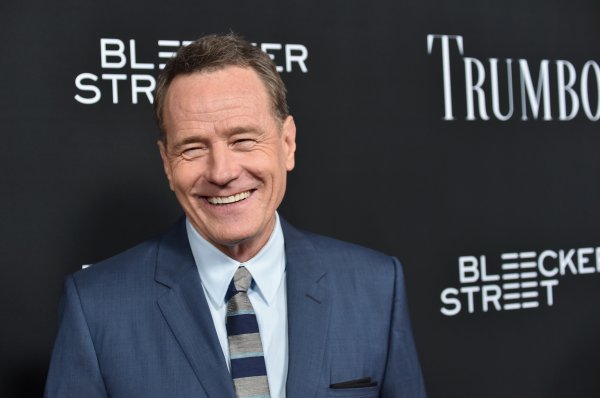 This Is The Role Bryan Cranston Has Always Dreamed of Playing
Next Up: Editor's Pick