Why Turkey Went Back to Erdogan

“It’s me or chaos,” warned president Recep Tayyip Erdogan before the Nov. 1 elections in Turkey. Enough voters agreed, providing his Justice and Development Party a surprise landslide. But we shouldn’t be shocked. Civil war in Syria has pushed more than 2 million refugees into Turkey. In Ankara last month, a bomb killed some 100 people, the deadliest terrorist attack in the country’s modern history. Experts say there are ISIS cells in Turkish cities. And the PKK, a Kurdish separatist group, ended a two-year cease-fire with a new campaign of violence inside the country. A leader who looks like a paranoid bully in good times can look like a savior when things go bad.

Erdogan has always been controversial. As Prime Minister, he introduced Islam into Turkish politics on a scale once considered taboo. And insulting him can now land you in jail. But he more than doubled his country’s per capita income by expanding economic growth potential beyond the major cities and familiar families that had dominated modern Turkey. In the process, he won admirers across the country’s Anatolian heartland. Erdogan has also extended Turkey’s influence in Europe and the Middle East.

Turks are not the only ones who need a strong leader in Ankara. The U.S. understands the vital role Erdogan can play in fighting ISIS in Syria and Iraq–or at least allowing NATO forces to use Turkish air bases–and European leaders know that the oncoming tidal wave of Middle Eastern refugees will worsen if Erdogan refuses to help. That’s why U.S. and European leaders will mute their criticisms of his authoritarian habits and anti-Western rhetoric.

Turkey’s ruling institutions have limited Erdogan’s ambitions in the past and will likely do so again. He may also fall victim to infighting within his own party. But if things get much worse in his country, fear of chaos might become a lasting political trend. That’s a worry that extends well beyond Turkey. 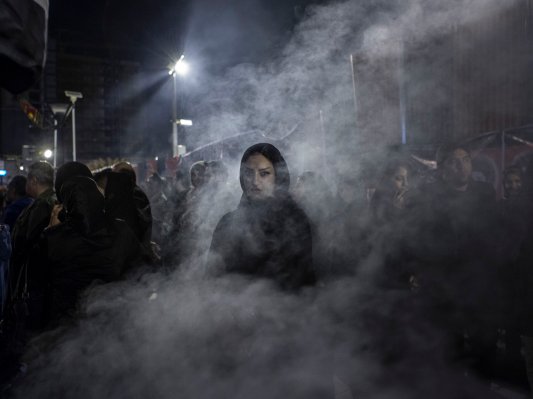 Is Iran Finally Ready for Change?
Next Up: Editor's Pick