A Criminologist's Case Against Gun Control

In the wake of the recent mass shooting at a Colorado Planned Parenthood that claimed three lives, President Barack Obama called the incidents of gun violence in America “not normal.” “Enough is enough,” Obama said. According to one count, there have been 351 mass shootings in the United States in 2015. The frequency of these shootings has led many to call for new approaches to guns and violence in America. In a Nov. 5 national survey, for instance, 52 percent of respondents said they support “stricter gun laws.” (The number who said they supported “gun control” was smaller.)

In an interview, James Jacobs, director of Center for Research in Crime and Justice at New York University School of Law, a professor of constitutional law, and the author of Can Gun Control Work?, discusses what he sees as the challenges facing those who would like to change the country’s approach to gun violence and gun laws.

What’s the most common misunderstanding about gun control?

There are so many misunderstandings that it’s hard to know where to begin. For one, we need to remember that we’ve have had a remarkable decrease in violent crime and gun crime in the U.S. since the early 1990s, even though the number of firearms has increased by about 10 million every year. There’s no simple correspondence between the number of firearms in private hands and the amount of gun crime, and I often find it somewhat strange that there seems to be a perception that things are worse than ever when, in reality, things are really better than they’ve been for decades.

People should also be aware that most gun-related deaths are suicides, not murders. There are twice as many suicides in the U.S. by guns as there are homicides and I think most people find that very surprising. Over and over again one reads that 30,000 people have been killed with guns, but what’s not said is that 20,000 of them took their own lives.

But perhaps the most common misperception of all, and the point I want to underline time and again is that there is no simple, effective policy to reduce gun crime that is just there for the asking as long as we have the political will to do it. That solution doesn’t exist. It’s very hard to find an initiative that is implementable and enforceable that would make any kind of an impact on gun crime.

President Obama has held up Australia and England as examples of gun control reducing gun violence. Would their policies work in the U.S.?

The U.K. has gone the farthest in restricting the private ownership of guns. Shotguns and rifles are only permitted to those who can pass through an arduous police-administered licensing process, and after the 1996 massacre in Dunblane, Scotland, ownership of handguns was prohibited. But the U.K.’s policy could not work in the U.S. because we have a Constitution, we have a Second Amendment, and we have a Supreme Court decision that guarantees the right of Americans to keep and bear arms in their home for lawful purposes. So we cannot have a prohibition of private ownership of firearms.

Australia had a gun buyback program and prohibited new purchases of many types of firearms. We have tried gun buybacks in the United States and they have been unsuccessful. People do not wish to sell their guns to the government, and those who do almost invariably sell old guns so they can get the money and buy new guns.

Another popular proposed policy is mandating background checks for private sales. Would that be an effective way to reduce gun crime?

I think that requiring background checks for all gun sales, period, would be a good idea in principle. The problem is implementing and enforcing such a system. There’s no universal registry of firearms, so if the police were to arrest somebody and try to prosecute whoever sold them their gun without the required check, there’s no way to verify who the seller was or when the sale took place. To have an effective system of regulating private sales you would need a registry, and the idea of a registry is an anathema to the gun owning community because they see a registration system as a precursor to a general confiscation—which it was in the U.K. and has been in other countries as well.

But even if we could politically will a gun registry into existence, it’s unlikely that it would work. In the few states where we have a requirement that assault weapons be registered, no more than 10% of the owners of assault weapons have generally gone through the registration process, meaning at least 90% of the people don’t register. Other countries have also had a difficult time making registration work. The Canadians have registered handguns since the 1930s. In 1993, the liberal government initiated shotgun and long gun registration. The program attracted a great deal of criticism, huge cost overruns and resistance from firearms owners, and in 2012 the Conservative government scrapped the program and destroyed the registry. That might give people pause for thought about the feasibility of a registration program.

Another problem with background checks is surveys of inmates show overwhelmingly that criminals obtain guns on the black market or the grey market. Almost no prison inmates say they went to a licensed dealer and filled out forms. And why would they? Even the lowest estimates show 30% of U.S. households own at least one firearm, making it very easy for someone banned from purchasing a gun to obtain one from a friend, family member, or fellow criminal who already has one.

Politicians on both sides of the gun control debate have supported doing more to keep guns away from the mentally ill. Would that work?

It seems sensible to practically everybody that people who are extremely mentally ill are not reliable enough to be gun owners, but building a policy around that is more complicated than one might think. The federal law says that a person who has ever been involuntarily committed to a mental hospital or who has been found by a court to be mentally defective is prevented from buying a firearm, but that would disqualify a very small number of people.

If we wanted to move beyond this, we’d have to expand the definition of who is mentally ill—no easy task—and even if we did, the government has had a difficult time getting mental illness data on individuals because many in the mental health treatment community strongly oppose these types of controls. They believe mental disqualifications are stigmatizing, that they would deter people from seeking treatment, and that they are detrimental to the therapeutic relationship. As a result, there’s been strong opposition from these groups when more aggressive laws on guns and mental illness are proposed.

In your view what’s the most effective thing the U.S. can do to reduce gun violence?

I think we need to work on law enforcement strategies aiming at the people who are most likely to commit gun crimes, so we’re looking at drug dealers, gang members, people who have engaged in violent crime in the past, and the areas in which they operate. We should also draw a line in the sand—a serious red line—that if you commit a gun crime, you’re going to do a lot of prison time. That policy is uncontroversial and we can work off that consensus.

Of course, even that approach won’t catch everybody—there is just no overall panacea to the problem of gun violence—but I think we should be talking in terms of crime control rather than trying keep irresponsible and dangerous people from getting a weapon in the first place. 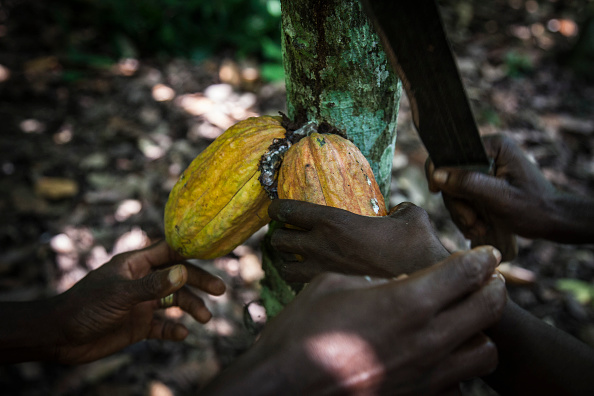 Why Major Food Companies Are Worried About Climate Change
Next Up: Editor's Pick