In the wake of China’s announcement that it had consumed far more coal than previously reported, critics are sure to raise concerns about the country’s reliability in the fight against climate change.

But experts say the real reason China underreported the amount of coal it’s burning is probably more a matter of bureaucratic inefficiency than underhanded plotting.

The new figures, finalized in China’s annual statistics yearbook published Wednesday, show that China burned up to 17% more coal annually since 2000 than previously reported; in 2013, that was the equivalent to a year’s worth of carbon emissions from Germany. The numbers came as little surprise to energy experts who said that China has slowly become better at measuring and reporting energy use and carbon dioxide pollution in recent years, as the country has renewed its commitment to addressing climate change.

Experts attributed much of the previously unreported coal consumption to broadly scattered plants and factories that the national government may have difficulty regulating.

“This has been coming for awhile,” said Alden Meyer, director of strategy and policy at the Union of Concerned Scientists. “The Chinese would be the first to acknowledge that they need to continue to invest in their monitoring and transparency regime domestically to get a better handle on emissions.”

China has ramped up its efforts against global warming in recent years, including by promising to introduce measures to ensure transparency. The country has collaborated with the U.S. Environmental Protection Agency (EPA) to improve its measurement and reporting techniques since as early as 2009.

Other measures have sought to decrease reliance on coal and other energy sources that produce high levels of carbon pollution. Last year, the country committed to peaking its carbon dioxide emissions by 2030 if not earlier. New coal plants have been banned altogether in some urban areas near the country’s eastern seaboard. And the country announced a national cap and trade program this September.

The news comes less than a month before leaders from around the world gather at an international conference in Paris to address climate change. China—the world’s largest emitter—has portrayed itself as committed to action on the issue and some experts say Wednesday’s announcement underscores that position.

But in the U.S. the announcement will almost certainly fuel conservative critics of strong action on climate change who argue that China cannot be trusted to follow through on its climate commitments and will ultimately leave the U.S. at a competitive disadvantage. Asked about China’s commitment to cap and trade over the summer, Senator James M. Inhofe of Oklahoma, chairman of the Senate Environment Committee, replied, “They’re lying.” 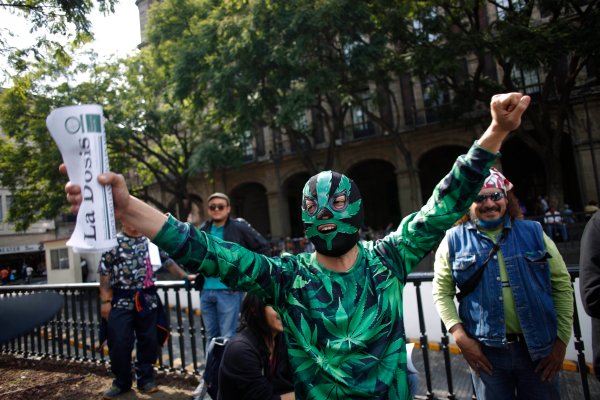