You would not have wanted to be on Mars on March 8, 2015, at about 11:40 in the morning (GMT). It was at that moment that a massive solar storm—or coronal mass ejection (CME)—clobbered the planet. The storm was actually two storms: one that exploded away from the sun in the early morning hours of March 6, sending a blast of charged particles toward Mars at a blistering speed of 559 miles per second (900 k/s), and a second that followed at 932 mps (1,500 k/s). That one soon caught up with the first and they smashed into Mars two days later.

If no humans were there to record the event, however, NASA’s MAVEN spacecraft was. In a paper released in Science on Nov. 5, investigators report on what the spacecraft observed, and the findings go a long way toward explaining why Mars—which once had the potential to be a garden planet like Earth—is instead the cold, dead, dry world that hangs in space today.

By now it’s essentially settled science that Mars was once awash in water. Its surface is stamped with depressions that indicate the long-ago existence of oceans and seas, as well as rivers that end in alluvial fans, where ancient sediment was once deposited. But water can hang around only as long as atmosphere does, and while Mars once had a thick blanket of air, it vanished long ago. The atmosphere of the modern Mars is only about 1% as dense as Earth’s.

There are two principal reasons Mars would have been atmospherically stripped this way. Pounding by meteorites, especially in the so-called heavy bombardment phase of the solar system’s early history, would have blasted a lot of the atmosphere into space. Earth took the same punishment, but Mars is a smaller, lighter world with only 38% of the gravity of its bigger sister, so its air would have slipped its grip more easily.

More damaging would have been CME’s, which would cause atoms and molecules in the upper atmosphere to sputter into space, picking the air away bit by bit over hundreds of millions of years. Again, Earth would not be immune from the sun’s eruptions, but Earth has a powerful magnetic field, which deflects the solar storms and protects the atmosphere. Mars had a magnetic field too, but about 3.7 billion years ago it started to flicker and fade, as the planet’s core cooled and largely solidified, shutting off its magnetic dynamo.

MAVEN has been orbiting Mars since September 2014, and after a calibration period of about two months, it began its job of atmospheric sensing. The arrival of a CME, however, was an opportunity to do its work in the most dynamic—and thus revealing—environment possible.

Two key instruments—a magnetometer and a solar wind ion analyzer—were put to work to conduct the observations, and what they found was unmistakable. When the solar storm hit, the planet’s residual magnetic field, mostly generated by its crust, rose in rope-like swirls reaching up to 5,000 km (3,107 miles) into space. Ions of carbon dioxide, molecular oxygen and atomic oxygen spiked, and then spiraled into space along the magnetic tendrils. The velocity of those formations, which can be observed at other, more quiescent times, increased ten-fold over their resting average.

That is exactly the kind of outgassing that can kill an atmosphere. The paper described the entire phenomenon blandly as “an enhancement in the escape rate of ions to space,” but the historical implications of that were clear. “Ion loss during solar events early in Mars history,” the researchers wrote, “may have been a major contributor to the long-term evolution of the Mars atmosphere.”

The erosion of the atmosphere is not the only thing MAVEN has spent its time studying, and three accompanying papers described some of those other observations. The spacecraft detected comparatively large particles of surface dust climbing as high as 1,000 km (621 mi) into the sky, something scientists can’t yet explain since the thin atmosphere should not have the necessary muscle to do that lifting. During one of the spacecraft’s deep dips into the atmosphere—down to altitudes of just 130 km (80 mi)—it also learned more about the layering and composition of atmospheric temperature and elements.

Most evocatively, MAVEN also detected a stunning Martian aurora, which would have been visible across much of the planet’s northern hemisphere, and which lasted roughly five days and extended down to as low as 60 km (37 mi.) above the surface. It is the interaction of charged particles from the sun with the weak crustal magnetic field that was likely responsible for the light show.

MAVEN’s mission is by no means done and it will continue its surveying work around—and through—the Martian atmosphere. Nothing it ever discovers will offer a prescription for what might heal Mars, but it can help explain what killed it. It’s a sorry tale, certainly, but an important one. 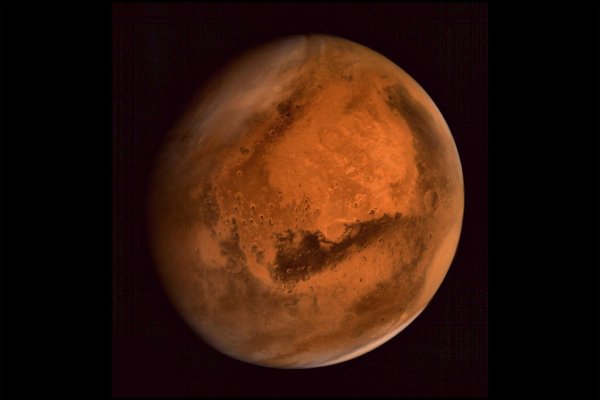