Azerbaijan Is an Oasis of Tolerance in the Middle East

Synagogue in the Red Village
Rabbi David Wolpe
Ideas
By Rabbi David Wolpe
Wolpe is the Max Webb Senior Rabbi of Sinai Temple in Los Angeles, the author of eight books and has been named one of the 50 most influential Jews in the world by the Jerusalem Post.

This past Saturday morning, I shared a rare experience with 50 members of my congregation: We walked straight into a synagogue.

That may sound unremarkable, but anyone who has traveled the world knows that many synagogues are not so easily accessed. In many places, synagogues aren’t open 24 hours a day for anyone to enter. In my own synagogue in Los Angeles, there are guards and people to check trunks of arriving cars. Many times I have had to write letters to foreign Jewish communities vouching for someone so they will be permitted to attend the synagogue in that city. I have often thought that one difference in potency of anti-Islamic feeling versus anti-Semitism may be measured in the simple fact that while mosques are often unguarded, most synagogues have serious security.

And yet on Saturday in a Muslim country, Jews walked freely into the synagogue, and no one bothered to ask questions or check bags.

Azerbaijan is a remarkable exception. At a meeting the week before in Jerusalem, an Israeli diplomat said to our group: “I would hesitate to walk down the street in Sweden with a kippah, but not in Azerbaijan. In Azerbaijan no one will give you a hard time.” I can attest to the accuracy of that statement. For nearly a week I wandered the streets with a kippah and was met with nothing but courtesy and kindness.

This is an extraordinary accomplishment and too little known in the world. Azerbaijan is a country with a long and proud history of acceptance of other religious traditions. Although more than 90% of the population is Muslim, both Sunni and majority Shiite live here together, Jews feel accepted and appreciated, and the same seems true for other religious minorities.

We had traveled to Azerbaijan to bring a Torah to the mountain Jews of Baku. Among the about 30,000 Jews who live in the country, the mountain Jews have a very long history, tracing their origin back thousands of years. After the destruction of the First Temple in 587 BCE, Jews are said to have settled in the area of southern Azerbaijan, now the northwestern part of Iran.

Our visit was coordinated by Azerbaijan’s Western Region Consul General, Nasimi Aghayev. In our tour we visited the Quba region, home to Red Village, which, before the Soviets, was known as the Jewish village. It is home to some 4,000 Jews, making it one of the largest Jewish cities outside of Israel. We visited the summer and winter synagogue, prayed and walked the streets, astonished at the ease with which Jewish life was lived in this tiny nation nestled in the Caucuses.

Unlike many Muslim nations, Azerbaijan has a close relationship with Israel. Officials shuttle back and forth (next to me on the plane from Tel-Aviv to Baku was Avigdor Lieberman, former Deputy Prime Minister of Israel, and both Israel’s prime minister and president have visited.) President Ilham Aliyev once remarked that the relationship is like an iceberg, with only the tip visible, and most of it under the surface.

Azerbaijan is not a paradise any more than any country in an embattled world. As a new democracy emerging from the long Soviet shadow, Azerbaijan struggles with freedom of the press and human rights. The tensions of being bordered by Iran and Russia and Armenia, and trying to maintain a free and independent Muslim republic, should not be underestimated. The pressures in that part of the world are hardly weighted toward tolerance.

Yet the acceptance of Jewish life is not a surface show. In several meetings with the Grand Mufti of the Caucasus, Haji Allahshükür Hummat Pashazade, he emphasized his brotherhood with the Jewish people and his friendship with a number of rabbis at home and in America. Repeatedly he expressed his deep desire that the cooperation of Christians, Muslims, Jews and other traditions in Azerbaijan might serve as a model for other nations. He is the world’s only Shia-Sunni Grand Mufti, itself an astonishing statement of tolerance.

In the five days our group traveled around the country, meeting officials, artists and our fellow Jews. We toured a Jewish school and several synagogues. We were served kosher meals and spent private time talking with representatives of the Jewish community and regular Jews who had shown up at one or another event, including children. We visited the grave of an Azerbaijani national hero who is well-known as a Jew, buried in the well-curated cemetery with other national figures. And we went to a major square in Baku where we saw a statue of a woman removing her hijab. It is called “Free Woman.”

In a world where intolerance is a potent and growing threat, Azerbaiajan has something vital to teach. It is time for the world to take notice of a small, accepting country that wants a legacy not of enmity, but of embrace. 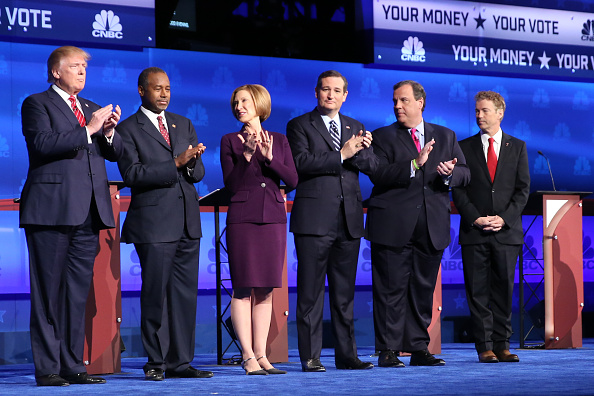 Campaign 2016 Is a Battle of Pessimists Versus Optimists
Next Up: Editor's Pick