Harry Potter fans might want to take a seat for this one.

The first image from J.K. Rowling’s Harry Potter spinoff Fantastic Beasts and Where to Find Them is here. The film, set for release in November 2016, is a prequel based on Rowling’s 2001 catalog of magical creatures from the wizarding world. Entertainment Weekly got the scoop from the film, which is set in 1920s New York and stars Oscar winner Eddie Redmayne as Newt Scamander, a “magizoologist.”

Perhaps the most enticing new piece of information is that Redmayne was shot “inside the entrance of the majestic art deco-influenced Magical Congress of the United States of America (or MACUSA), which is the American version of the Ministry of Magic that’s housed inside the Woolworth Building in the film.”

It looks like there are gold birds of some sort behind Redmayne—perhaps a phoenix? We can probably safely assume it’s a fantastic beast of some sort.

Fans already knew the wizarding world was expanding when Rowling revealed there was, in fact, an American Hogwarts. But an American Ministry? Now that’s something to get excited about.

The film released its logo on Tuesday, revealing a familiar design that echoes the Potter film’s logo.

Fantastic Beasts and Where to Find Them is just the first film in a trilogy of screenplays that Rowling is writing herself. 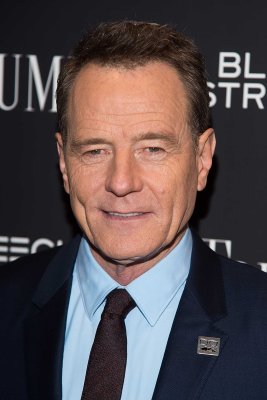