What to Know About the Historic China-Taiwan Meeting

Correction: A previous version of this article misstated where the 1992 Consensus was negotiated.

The leaders of China and Taiwan will meet for the first time in their histories on Saturday, a significant milestone for two states existentially at odds since their split at the end of a civil war in 1949.

The meeting, announced Wednesday, will take place in Singapore and comes as Taiwan prepares for general elections in mid-January that may chill increasingly cordial bilateral ties. The Kuomintang (KMT) of current President Ma Ying-jeou is floundering at the polls, owing to a slowing economy and public aversion to its warm relations with Beijing. This, in turn, has spurred party infighting that has further alienated the electorate, with the Beijing-skeptic Democratic Progressive Party (DPP), led by U.S.-educated lawyer Tsai Ing-wen, taking a commanding lead — currently hovering at some 20 percentage points.

Saturday’s confab may therefore signify a last push by the KMT to woo voters with promises that strengthening ties to the world’s second biggest economy will boost its own. However, many experts believe that Ma — who is ineligible for reelection having already served two terms — is simply cementing his personal legacy even if it alienates his own party.

“This is a shock for Taiwan,” Professor Tang Shaocheng of Taiwan’s National Chengchi University tells TIME. “I don’t think much will come out of this in terms of foreign policy unless [Chinese President] Xi Jinping can offer Ma Ying-jeou some kind of grand gesture.”

That Saturday’s meeting will (and will not) be between two Presidents — Xi will be attending strictly as chair of the Chinese Communist Party (CCP); Ma will solely be representing the KMT; both men will simply address each other as “Mr.” — epitomizes the thorny relations between these states. (Any official dialogue between heads of state would be to acknowledge the other’s legitimacy, a profound taboo for two neighbors that still claim sovereignty over each other.)

Following the end of World War II, the tenuous alliance between the communist leader Mao Zedong and Nationalist “Generalissimo” Chiang Kai-shek while battling imperial Japan quickly evaporated. The bloody civil war that followed ended with Chiang’s routing and flight across the strait to Taiwan. Taiwan gradually democratized, especially after the strongman Chiang’s death, and became an economic powerhouse, as well as the only truly democratic place in the Chinese world. Yet it is not recognized as a nation by the U.N. and most other world governments, a testament to China’s growing geopolitical and economic clout.

Still, business ties between China, the world’s most populous nation with 1.3 billion people, and Taiwan, boasting some 23 million, have flourished over the past eight years. However, the Taiwanese have been growing increasingly suspicious of Beijing’s motives, fearing soft colonization, prompting the storming and occupying of the national parliament in March last year after President Ma signed a raft of trade agreements with the mainland. Ma has since become something of a toxic asset for the KMT; current presidential candidate, party chairman Eric Chu, is not seen on campaign posters with his predecessor.

This has bolstered the perception that Ma is now going it alone, despite protestations to the contrary. “To hold a meeting across the Taiwan Strait is the consistent goal of leaders on both sides,” Ma’s spokesman said in a statement. “President Ma recently has repeated many times that ‘at the right time and on the right occasion and in the right capacity’ he would not rule out a meeting.”

The CCP regards Taiwan as a “renegade province” but tolerates the KMT because of its belief, shared with Beijing, in “one China,” even if their views of who has legitimate sovereignty remain diametrically opposed. The worry for Beijing is that the DPP has previously denied this shared belief — known as the 1992 Consensus.

However, Tsai has recently watered down this position, cognizant that, like reunification, explicitly breaking from the mainland remains deeply unpopular for a large portion of Taiwanese. (Polls suggest that the majority of Taiwan’s citizens prefer the status quo.) “Tsai is very fuzzy on this issue of cross-strait relations,” says Tang. “Maybe, with this meeting she’ll be pressed to make some clear statement on this issue.”

Tsai’s camp greeted Wednesday’s announcement with caution. “We have serious concerns how President Ma has failed to uphold his promise of not meeting with any leaders from the Chinese side within four years,” a DPP spokesman tells TIME, adding that the sudden revelation also reneged on Ma’s later promise that any meeting would be arranged transparently and consultation with the legislature.

One possible spur for the talks could be the recent decision by the Hague arbitration court in the Netherlands to hear a case launched by the Philippines, regarding its ownership of territory in the South China Sea that is contested by China. Taiwan also stands to lose out in this case, with objections raised over its claim to Taiping, the largest island in the disputed Spratly archipelago. “No country currently supports the stance of Beijing on the South China Sea issue,” says Tang. “This meeting could be an attempt at a compromise with Taiwan.”

Chiefly, though, Xi will want to head off any possible backtracking regarding bilateral relations should the DPP take office. “Xi has likely already determined that the KMT is losing the campaign,” says Professor Shih Chih-yu of Taiwan National University. “So better to define the status quo through this meeting and reinforcing the platforms and channels that already established between the two sides.”

Whatever the outcome, “it shows that President Xi’s personal style is very proactive,” says Professor Dongsheng Di of the School of International Relations at Renmin University in Beijing. “This meeting will set an important precedent for the future meetings between the top leaders across the strait, regardless of which party is in power [in Taiwan].” 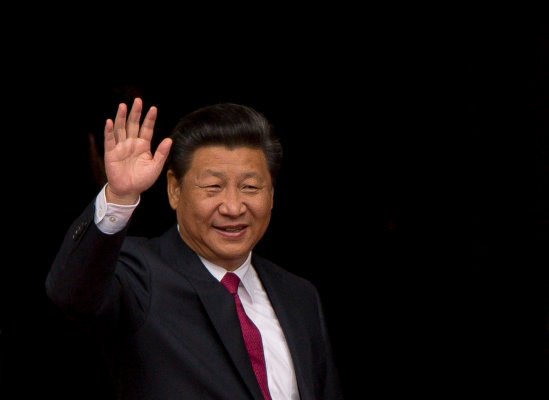 3 Things China Wants From Taiwan
Next Up: Editor's Pick