China’s President Xi Jinping and Taiwan’s leader Ma Ying-jeou will sit down together in Singapore this Saturday, the first face-to-face meeting between the parties’ heads since 1945. Although Beijing regards Taiwan as a breakaway province, it is likely to push for progress on these three issues.

Reconciliation
This meeting may be the last time Xi can push for reunification with Taiwan before Ma’s party, the Kuomintang, risks losing the Jan. 16 election to an independence-leaning opposition group. In the past, Xi has proposed the two powers join under a “one country, two system” model similar to mainland China’s arrangement with Hong Kong. But that idea may fall of deaf ears if Tsai Ing-wen from the Democratic Progressive Party (DPP) wins the election as expected. Polls in Taiwan show most of the island’s citizens do not favor the “one country, two systems” setup; growing tension in recent years between Hong Kong and mainland China probably hasn’t made the idea any more appealing.

Calm in the South China Sea
The Xi-Ma dialogue comes in the wake of two international disputes in the South China Sea: the first with the U.S. Navy over navigation rights, and the second with the Philippines regarding the jurisdiction of disputed islands that will be heard by an international court in the Hague. Taiwan claims some of the same marine territory as China, making it wary that the Philippines’ case is going to court. Talks with Taiwan are likely to play to Beijing’s advantage if these disputes heat up, says Yang Tai-shuenn, political-science professor at the Chinese Culture University in Taipei.

Stronger economic ties
Economic ties between Beijing and Taiwan have strengthened since Ma took office, with trade last year closing in on $200 billion. With so much at stake, Xi is likely looking for a “commitment from Taiwan that ongoing economic integration will continue” even if the DPP takes power, says Willy Lam, adjunct professor at the Chinese University of Hong Kong’s Centre for China Studies. 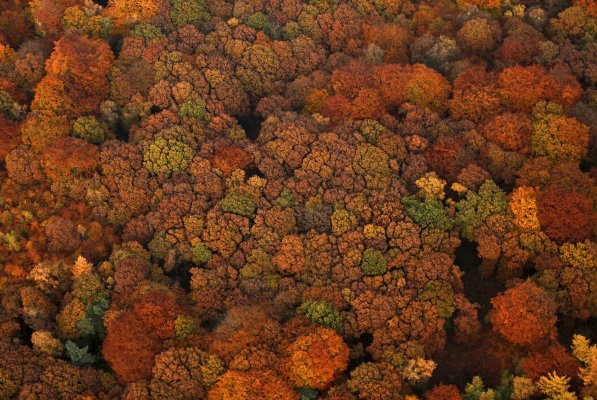 See the Breathtaking Colors of Germany in Autumn
Next Up: Editor's Pick