Voters in Ohio rejected a ballot initiative that would have legalized marijuana Tuesday despite millions of dollars spent by investors hoping to profit from the measure’s passage.

Ohio’s Issue 3 would have made the state the first in the Midwest to legalize the recreational use of marijuana.

But with most of the state’s precincts reporting, 65 percent of voters rejected the measure, even though the pro-pot advocates paid an estimated $6.2 million to air TV ads supporting it, according to a Center for Public Integrity analysis of data from Kantar Media/CMAG, a media tracking firm. The television spots said the measure would help sick children and hurt drug dealers, among other benefits.

The measure was controversial in Ohio due to what opponents called its “monopoly” provisions. The proposed constitutional amendment called for allowing only 10 farms to sell wholesale marijuana — farms owned by the investors bankrolling the campaign.

“Issue 3 was about greed, not good public policy,” said Curt Steiner, who directed the campaign opposing the measure. “Never underestimate the wisdom of Ohio voters. They saw through the smokescreen of slick ads, fancy but deceptive mailings [and] phony claims about tax revenues.”

Opponents cobbled together a broad coalition of groups representing doctors, churches, sheriffs, accountants and other professionals. In their messages, they decried the measure’s “monopoly” and the possibility of children getting their hands on legal pot.

“The electorate in this off-year election was an electorate that was into the debate and reliant on more than just the TV ads,” said Democratic state Rep. Mike Curtin, who opposed legalization. “If they were just turning on the TV ads, then we were in trouble, because we’ve been outspent.”

Read More: What’s at Stake in the 2015 Elections

The controversial marijuana legalization measure divided even pro-marijuana activists, with some groups offering tepid support and others keeping a safe distance. Ohio resident Aaron Weaver, who would like to see marijuana legal in Ohio, campaigned against Issue 3 on social media and at debates and town halls across the state.

He said early Tuesday that he would be “immensely disappointed in the intellectual capacity of Ohio voters” if Issue 3 passed.

Ohio pot activists who didn’t like Issue 3’s monopoly provisions are already gearing up to try to pass a pro-legalization ballot initiative in 2016, this time without the controversial components.

“Poll after poll shows that Ohioans are overwhelmingly in favor of legalization, but this year’s initiative failed because a greed-driven monopoly plan is wrong for the state of Ohio,” said Ohio marijuana activist Sri Kavuru in an email. “Some activists were let down tonight because they put their faith in a bad plan, but their efforts have brought us a step closer to legalizing marijuana in 2016.”

The failed Ohio measure indeed may have shifted some attitudes: Ohio Auditor Dave Yost, a vocal opponent of the pot measure, said Tuesday he now supports legalizing medical marijuana alone, partly thanks to conversations he had while campaigning against Issue 3.

At least five other marijuana legalization measures are expected to appear on ballots across the country in 2016. One prominent marijuana advocate said the loss in Ohio won’t matter for those other races, because it came in an off-year election and a win would have been surprising to many.

“A defeat in Ohio will really not be very significant for the national movement,” said Ethan Nadelmann, executive director of the Drug Policy Alliance.

Across the country, voters decided 22 statewide ballot measures Tuesday, with five attracting television advertising. Among them:

Correction: An earlier version of this story reported the incorrect total for how much money pro-pot advocates spent on TV airtime supporting the measure to legalize pot in Ohio. The group spent an estimated $6.2 million on TV ads. 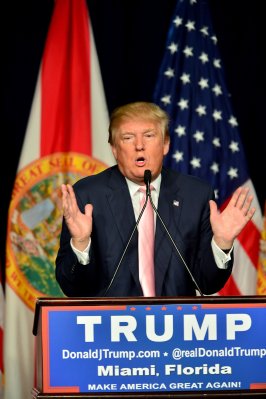