While the U.S. as a whole remains overwhelmingly religious, overall the country has become less so in recent years due largely to a growing group of Americans who say they have no particular religious affiliation, according to a Pew Research survey released Tuesday.

The number of Americans who say they are religiously unaffiliated climbed from 16% in 2007 to 23% in 2014, a trend primarily driven by the widespread shift away from organized religion among younger Americans. Fewer than half (44%) of older Millennials—people born between 1981 and 1989—say religion is very important to them, a stark difference from older generations. That decline in religiosity is even more pronounced among younger Millennials, but part of that effect may be due to people growing more religious over time, Pew cautions. The unaffiliated are unsurprisingly less religious than those who belong to a specific sect, and their growth in numbers has dragged down religiosity among Americans overall.

But while America is gradually growing less religious, those who do identify with a faith report slightly higher levels of religiosity than they have in the past. Today, 43% of the religiously affiliated say they say they read scripture at least once a week, up three points from 2007, and 26% say they proselytize at least once weekly, up from 23% in 2007.

The religiously unaffiliated, also known as “Nones,” now represent the single biggest religious group in the Democratic Party, larger than Catholics, Evangelicals, members of the historically black protestant tradition, and mainline protestants. Nones are also growing in the GOP, though much more slowly, and they remain a distinct minority. And while Nones as a group are less religiously observant, a majority say they still believe in God.

Despite the decline of overall religiosity—church attendance, frequency of prayer, certainty of belief in God are all trending downward—a certain kind of spirituality is actually on the rise. The total number of Americans who say they regularly experience “a deep sense of spiritual peace and well-being” increased 7 points from 52% to 59%. An increase in that metric held true for all age groups survey, from the Silent Generation to younger Millennials. 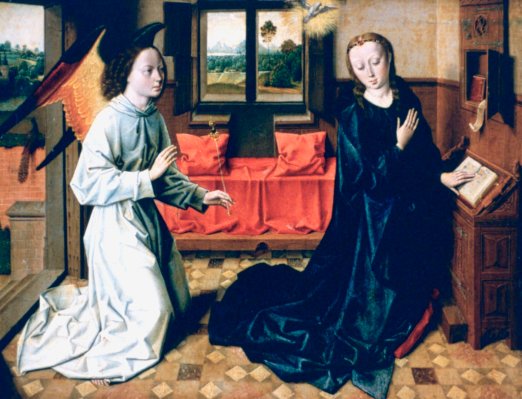 The Forgotten History of Mary’s Gospels
Next Up: Editor's Pick