Inside Obama's 'Government of Lawyers'

The New York Times’ Charlie Savage is an accomplished journalist who has reported and written extensively on national security legal issues. In Power Wars, he has produced a comprehensive account of how the Obama administration has managed these issues in the post-9/11 era.

It is hard to imagine many journalists capable of writing a book on this topic on the scale, and with the ambition, of this one. The book draws on Savage’s own reporting, some of it appearing here for the first time. It is clear that he has a wide range of sources, and while there will always be disagreements about specifics—when something exactly happened, who said what to whom, and the like—there is little reason to doubt the broad outlines of the story.

The core question Savage chooses to ask is: How much change has this president achieved in the law, or in policy, on questions like the surveillance, detention and interrogation of terror suspects, the choice of civilian courts or military commissions for the prosecution of terrorist offenses, and the transparency of government actions in aid of national security? Or, in the more familiar political terms he uses, how much is he like, and how much unlike, George W. Bush?

Savage argues that understanding of the president’s intentions has been clouded by campaign rhetoric. The president as candidate pledged a national security regime governed by a deep commitment to the rule of law. Savage believes that the commitment was real and has been demonstrated over time. Less clear to his audience, Savage argues, was how the president, within the available legal options, would set civil liberty policy—how he would resolve the stubborn trade-offs between individual rights and collective security, or between secrecy and government accountability. Here is where Savage takes issues with some of the administration’s choices.

But, of course, a president does not make law—any more than he makes history—as he pleases. Congress has its views, as does the opposing party, and the courts will also have a say in the matter. Above all, the constitutional and legal questions are complex and present for any government, as Savage acknowledges, “an unending series of novel dilemmas.” Savage contends that the president has endeavored to strike a balance: He has declined to surrender broad presidential authority in all the areas while at the same time establishing “rules, standards, and procedures” to govern how that power is used. This is legal reform, to be sure, but it is hard to see that any advance in the protection of civil liberties would be possible without it.

For example, the administration has not abandoned in litigation all use of the so-called “state secrets” privilege to defend against litigation that risks exposure of sensitive information. But such privileges are subject to abuse, and the administration has crafted tighter procedures for determining when it can be invoked. This, for Savage, is not good enough. To others, it is a sound approach that recognizes that to preserve authority is not the same as to misuse it, and that safeguards against abuse can be established with rigorous, conscientiously implemented and accountable process.

Savage chronicles the administration’s efforts over time, across a range of issues, to show its concern with law and its attentiveness to the legal implications of its national security program. He introduces the reader to heated but informed debates among lawyers from different agencies, and he reviews the public speeches on legal topics delivered by the president and senior advisers. It has been, Savage writes, a “government by lawyers,” and Savage grants it some significant measure of success. For example, in holding firmly to the position that those apprehended on U.S. soil would be prosecuted in U.S. courts, the administration vindicated, Savage writes, “a core legal and civil liberties principle.”

Perhaps inevitably, those who read the book will find something to fit a preconception. The political debate on these issues is polarized, as it is on so many others. Still, through all the controversies, Savage finds that the administration successfully pursued reform even if, as he believes, it “was imperfectly applied.” He concludes that the Obama administration’s record is “messy and complex, not unlike the world in which he tried to govern.” 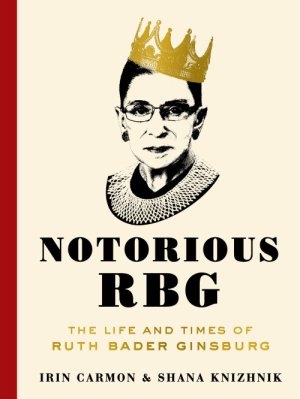 Here's Why Ruth Bader Ginsburg Is 'Notorious'
Next Up: Editor's Pick