A man angry over the removal of the Confederate battle flag from Walmart shelves detonated a small explosive early Sunday morning at a location of the retail giant in Tupelo, Miss., police say.

Marshall W. Leonard, 61, was arrested for running a red light at around 2 a.m. Sunday, half an hour after he is accused of tossing a small explosive wrapped in newspaper into a Walmart vestibule. According to the Tupelo Daily Journal, he will be charged with “placing an explosive device,” which carries a maximum sentence of life in prison.

“A white male got out, lit the package and threw it in the vestibule,” Tupelo Police Chief Bart Aguierre said. “There was an employee on break and the suspect told him, ‘You better run.’”

The employee escaped and was unharmed in the small explosion.

Police say Leonard was angry about Walmart’s decision to stop selling the Confederate battle flag. The highly controversial symbol that has faced increasing calls for retailers to stop selling it and public institutions to stop flying it. Since 1894, the Confederate battle flag has appeared in the top corner of the Mississippi state flag. In 2001 the state voted to keep the flag as is, though some cities and institutions, including the University of Mississippi, have opted to stop flying it.

Leonard is scheduled to appear in court on Tuesday; police said he didn’t yet have a lawyer, according to CBS News. 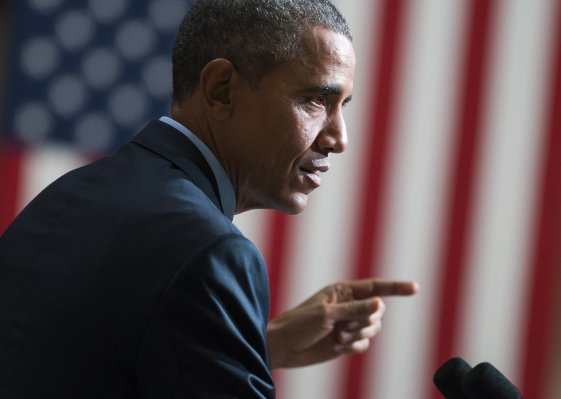 Obama Says He Didn't Break Promise in Syria
Next Up: Editor's Pick