Microsoft is reportedly inching closer to appeasing Windows 8’s detractors, with an update that would boot straight to the desktop instead of the modern-style Start screen.

Windows 8.1 already has an option to bypass the “Metro” interface on startup, but it’s not enabled by default. The Verge reports that Microsoft will enable this option by default in Windows 8.1 Update 1, which could arrive in mid-March. (To enable the option currently, you must right-click the taskbar, select “Properties,” click the “Navigation” tab and select “Go to the desktop instead of Start when I sign in.”)

Contrary to The Verge’s report, ZDNet’s Mary Jo foley says this change isn’t set in stone. While there’s nothing stopping Microsoft from changing the default settings at this point–even just for non-touch laptops and desktops–her sources say it’s probably not happening in time for Update 1.

I’m hoping Foley is correct on this one, if only because booting straight to the desktop isn’t a real solution for users who don’t like Windows’ modern interface. Without a classic pop-up Start menu, users will still have to dip back into Metro for any programs they haven’t either placed on the desktop or pinned to the taskbar. That kind of defeats the purpose of skipping Metro in the first place, and creates the same confusion for users who don’t know what the new interface is all about.

Rumor has it that Microsoft will bring back a proper Start menu–that is, one that pops up within the desktop environment–but according to Foley, this recapitulation won’t be part of Update 1 either.

Of course, you can always install a replacement Start menu, but presumably Microsoft is making these changes so desktop users don’t have to go through the trouble. If that’s the case, the transition should happen all at once: Let non-touch PC users boot to the desktop and launch programs from a classic-style Start menu, so they never have to look at the Metro interface ever again. 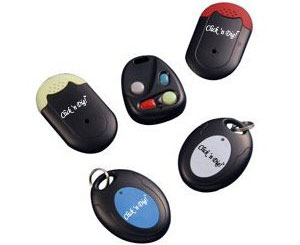 How to Find Your Wallet, Keys and Smartphone
Next Up: Editor's Pick