Although Harry Potter and the Cursed Child is stealing all the J.K. Rowling-related headlines lately, the Harry Potter author has more things on her mind than the famous boy wizard. For the past few years, Rowling has been writing a series of crime novels under the pseudonym Robert Galbraith. The ruse was successful for a little while, but now that Rowling and Galbraith have been outed as one and the same, she’s fine with openly discussing her alternate identity.

In a new interview with NPR about the latest Galbraith novel, Career of Evil, Rowling discusses the research that went in and why she decided to go the pseudonym route after Harry Potter.

“I am so grateful for what happened with Harry Potter, and that needs to be said. The relationship I had with those readers, and still have with those readers, is so valuable to me,” Rowling tells NPR. “Having said that, there was a phenomenal amount of pressure that went with being the writer of Harry Potter, and that aspect of publishing those books I do not particularly miss. So you can probably understand the appeal of going away and creating something very different, and just letting it stand or fall on its own merits.”

Interestingly, the protagonist of the Galbraith books, Comoran Strike, has his own complicated relationship to fame thanks to his rock star parentage. Rowling, who maintains a prolific Twitter presence but gives few interviews and keeps her personal life private, said that this element of Strike did come from personal experience.

“It’s at a remove because he himself, when the series starts, is not famous but he’s the son of a famous man so he has all of the drawbacks of being associated with fame and none of the advantages. So I look at the effect that an individual’s fame has on their family, for example, and the limitations that places upon your life to an extent,” Rowling says. “And I find that an interesting area, and obviously, yes, that very much comes from my own experience.”

To hear the rest of the interview, head over to NPR. Read EW’s review of Career of Evil here. 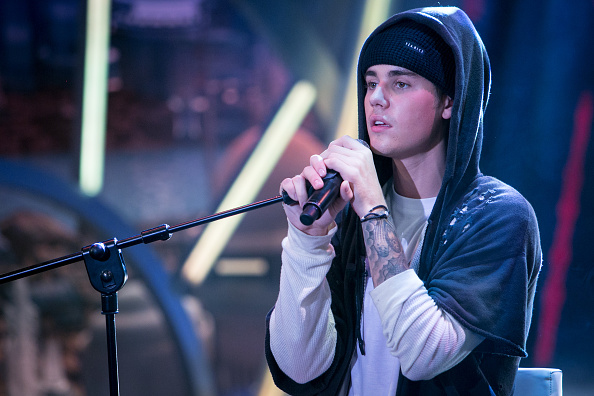 Justin Bieber Is Officially Off Probation
Next Up: Editor's Pick