Hillary Clinton’s campaign is releasing a new ad on Tuesday that focuses on the effort to reduce gun violence, an issue the Democratic frontrunner has made central to the nominating contest.

“This epidemic of gun violence knows no boundaries. Between 88 and 92 people a day are killed by guns,” Clinton says in the ad. “We need to close the loopholes and support universal background checks. How many people have to die before we actually act?”

The 30-second ad is part of an already-announced buy in Iowa and New Hampshire, the first two states in the Democratic primary.

Gun control has become a top issue in the primary. Clinton has said she supports universal background checks, prohibiting domestic abusers from purchasing guns and repealing legal protections for gun manufacturers, among other measures. She has called for a “national movement” to take on the National Rifle Association.

In the 2008 primary against then-Sen. Barack Obama, however, Clinton took a more moderate tone on gun, emphasizing her “wholehearted support” for the Second Amendment.

Read more: Democrats Push For Gun Control Ahead of 2016

Clinton met on Monday in Chicago with the mothers of African Americans killed by guns, including Trayvon Martin, Michael Brown, Tamir Rice and Dontre Hamilton, a campaign aide said. The attendees discussed systemic racism, gun control reform and the need to restore trust between law enforcement officers and the communities they serve.

In the advertisement, nodding voters agree with the Clinton as she calls for action, recreating the feel of a Clinton campaign event. Here’s the ad below:

Clinton will be campaigning in Iowa on Tuesday on the issue of gun safety. 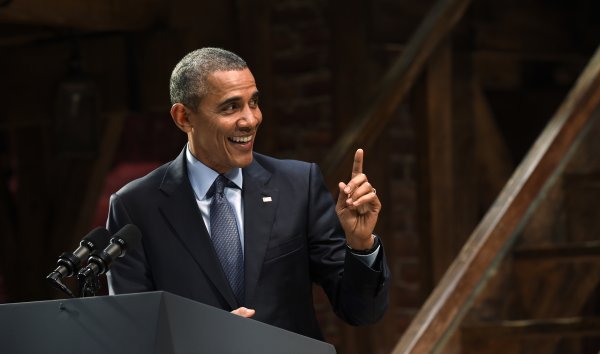