Why Yemen Was Hit by a Rare Tropical Cyclone

Yemenis walk past the vehicles damaged by wind and heavy rain-caused floodwaters, as a result of Cyclone Chapala on Nov. 03, 2015.
Resid bin Sebrak—Anadolu Agency/Getty Images
By Justin Worland

A rare tropical cyclone in the Middle East made landfall in Yemen early Tuesday, causing rain and flooding unseen in decades. The storm marks the latest surprise in an unusual year for tropical storms.

The storm—named Cyclone Chapala—made landfall with wind speeds of approximately 100 mph near the seaport city of Mukalla before heading back to sea, according to a report from the U.S. Joint Typhoon Warning Center. The storm has since moved back over land and is expected to lead to widespread flooding before weakening over the next 24 hours.

“Flooding really is the big worry here, a phenomenal amount of flooding,” said Climate Central meteorologist Sean Sublette. “You’ve got to think there’s going to be some type of humanitarian crisis out of this.”

Meteorologists explained the unusual storm as a result of incredibly warm waters and a lack of strong winds in the background environment. High marine surface temperatures, which are currently at record levels in the region, help water evaporate and join a forming hurricane. Background winds, which disrupt cyclone winds and keep them from strengthening, were largely absent in this case.

One or two tropical cyclones—identical in structure to hurricanes or typhoons—will hit the Arabian Sea each year, but they are rarely as strong as Cyclone Chapala. The storm is among the strongest Yemen has seen since extensive record keeping began in the region began in the early 1990s.

Yemen and the Middle East more broadly perhaps represent the worst place a tropical cyclone could hit. Storms occur rarely and preparations are few and far between. Meteorologists predicted widespread flooding in Yemen; the city of Mukalla receives around 2 in. of rain in a typical year, but was expected to experience 8 to 10 in. thanks to Chapala, according to Sublette. The storm’s destruction comes as Yemen’s government has been weakened by instability and insurgents across the country.

It’s been an unusual year when it comes to tropical storms. Hurricane Patricia brought record breaking winds of up to 200 mph and Hurricane Joaquin confounded many of climate models that were unable to predict its path. Climate scientists acknowledge that no individual storm can be attributed to climate change but point to warmer waters as one way that global warming has increased the likelihood of extreme storms.

“There’s a lot of factors,” said Sublette. “But, all else being equal, the water temperatures do play a significant role.” 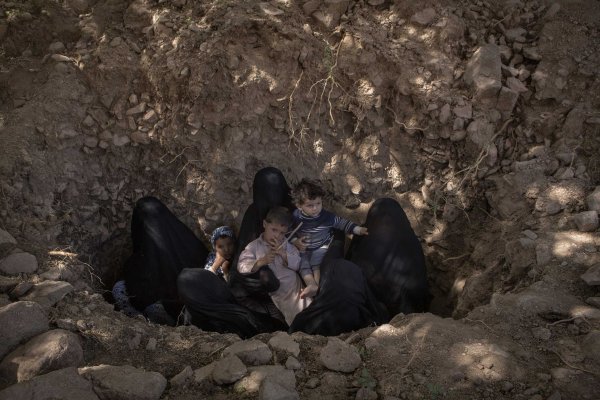 Bearing Witness to the Victims of Yemen's 'Forgotten War'
Next Up: Editor's Pick