Two alternative therapies get a boost of scientific legitimacy in a new study published in the Annals of Internal Medicine.

Acupuncture, the ancient practice of needle insertion, and the Alexander Technique, a program that teaches people how to avoid unnecessary muscle tension throughout the day and improve posture, coordination, balance and stress, are two complementary therapies often used to help treat neck pain. Treating it is often difficult, and it’s common for people to seek out alternative therapies.

MORE: This May Be How Acupuncture Tamps Down Stress

The researchers wanted to see how well two of these worked. They assigned 517 people, all of whom had neck pain for at least three months (and sometimes many years), to the standard care for neck pain, which involves prescription medications and physical therapy. Some of the patients were assigned to also receive one of two extra treatments: a dozen 50-minute acupuncture sessions or 20 private Alexander Technique lessons—which focus on teaching people how to move their body to avoid or correct muscular pain.

A year after the start of the study, people in the groups doing acupuncture and the Alexander Technique had significant reductions in neck pain—pain was assessed by questionnaire—compared to those who just got usual care. Both groups reported about 32% less pain than they had at the start of the study, which is far greater than the 9% typically associated with physical therapy and exercise. The interventions also gave people in the groups more self-efficacy, which were linked to better pain outcomes.

MORE: How Acupuncture May Relieve Depression

The study adds to growing evidence suggesting that acupuncture is effective against pain; a landmark review in 2012 involving almost 18,000 people with chronic pain concluded that acupuncture was better than standard care and sham acupuncture (which proved the effect is not due to placebo of simply sticking needles in the body.)

MORE: Why Meditation And Yoga Are Recommended For Breast Cancer

“You get a two-fold effect with acupuncture for pain: a natural pain-relieving effect and an anti-inflammatory effect,” says Jamie Starkey, lead acupuncturist at Cleveland Clinic’s Center for Integrative Medicine, who was not involved in the new study.

Acupuncture manipulates the nervous system, she says, activating the release of pain-relieving endorphins. “With neck pain patients, a lot will get steroid injections or take a non-steroidal anti inflammatory, like ibuprofen or a prescription medication,” says Starkey. “Those medications or injections have an anti-inflammatory effect on the body, but the acupuncture needles can do that naturally.”

The influx of new research has helped legitimize alternative therapies like acupuncture, says Starkey. “That’s really brought acupuncture to the forefront of people’s minds and attention, and physicians are a lot more willing to refer their patients to an acupuncturist.” 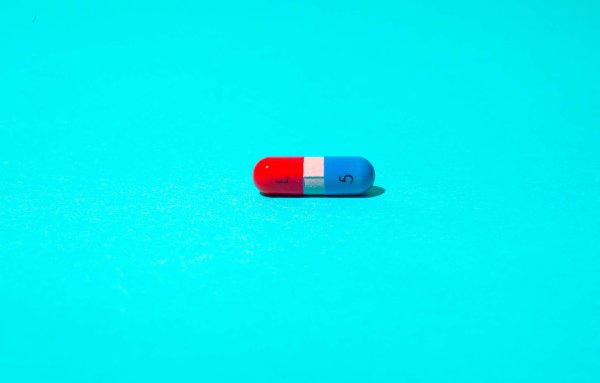 People With Acne Take Antibiotics For Way Too Long: Study
Next Up: Editor's Pick