This Deer Photobombed A Sleeping Baby and the Result Was Magical

While photographing a sleeping baby in Sam Houston Jones State Park in Moss Bluff, La., Megan Rion captured a shot that looks like it could be straight out of a fairytale. A deer who Rion calls Maggie wandered into the photographer’s shoot of baby Connor on Oct. 20.

The boy’s mother even captured the moment on video.

The best part? This isn’t the first time that Maggie has photobombed Rion’s pictures. There is an entire album of shots of the deer on the Facebook page of Imagine That Photography. Maggie has shown up to pose with several other children, allowing the photographer to capture some stunning pictures of the kids interacting with the photogenic animal. 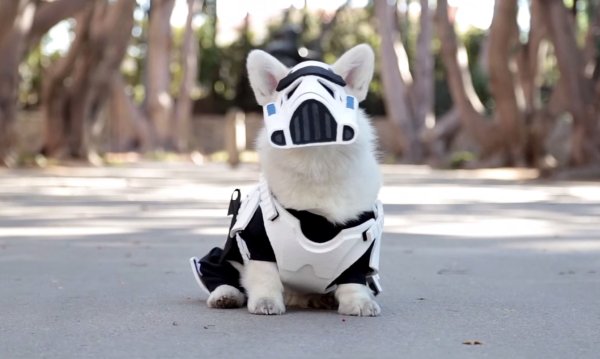 This Corgi Stormtrooper Is the Ultimate Star Wars Fan
Next Up: Editor's Pick