Cause of Russian Aircaft Tragedy Remains a Mystery

By Jared Malsin and Simon Shuster

Two days after a Russian airliner crashed in Egypt’s Sinai Peninsula killing all 224 people on board, the cause of the disaster remains a mystery.

Earlier, a top official at the Russian airline Metrojet said at a news conference in Moscow on Monday that a technical failure was out of the question. The official, Alexander Smirnov, said instead that a “mechanical impact” was to blame.

Metrojet officials, who are under scrutiny from Russian authorities, did not identify a specific cause, while the investigators continue to work. Separately on Monday, Russian authorities began to repatriate the bodies of those killed. Initial statements from Egyptian officials suggested a mechanical failure was to blame.

The authorities have key advantages in the ongoing investigation. Officials have full access to the Sinai crash site, and the plane’s flight recorders have been recovered.

But while the ultimate cause of the crash remains to be determined, the claims and counterclaims of Egyptian and Russian officials, the airline, and others, add up to an inconclusive picture.

“Everyone’s covering their bases with statements, certainly,” said Zack Gold, a security analyst who tracks the insurgency in the Sinai region where the jet crashed. “It’s in Metrojet’s interest to say there was no mechanical problem, and it’s in the Egyptians’ interests, who are really keen on tourists returning to say ‘no, it was a plane problem.’”

Separately on Monday, a spokesman for Russian president Vladimir Putin said that no possible scenario had been ruled out.

“Right now we can’t rule out any explanation, and in general the investigators are just starting their work. Right now we just can’t say which version of events will form the basis for investigative efforts,” said spokesman Dmitry Peskov, according to the TASS news agency.

The plane took off from the airport in Sharm al-Sheikh, a south Sinai resort town popular with Russian tourists that is heavily guarded by the Egyptian army and police. The plane, an Airbus A321, had reached its cruising altitude of some 33,000 feet, before dropping about 6,000 feet in six seconds. Russian aviation officials said Sunday that the plane broke up while it was in the air.

Some evidence points toward possible concerns about the plane itself. The jet was damaged in 2001 when the plane struck the runway, according to safety data now made public to the media. The plane was owned by Irish firm Willmington Trust SP Services (Dublin) Ltd and leased to Metrojet and the Irish Aviation Authority said it carried out a satisfactory annual inspection of the aircraft in April/May 2015. The authority added that under international aviation rules Russia was responsible for the plane’s operation, maintenance and safety.

A Sinai-based insurgent group affiliated with the Islamic State in Iraq and Syria claimed on Saturday that it brought the plane down, but Egyptian and Russian authorities dismissed that statement. Experts agree that no militant group in the region has the weaponry to shoot down a plane at that altitude. The Malaysian airliner shot out of the sky over Ukraine last year was brought down by a Russian-made Buk missile system, which no insurgent group in Egypt is known to possess.

ISIS-linked accounts on social media have countered with the taunting assertion that they never said how the group—the so-called Sinai Province of ISIS—brought the plane down. These pro-jihadi insinuate that the aircraft could have been brought down by some other means, such as smuggling an explosive device onto the plane.

“This could be them trying to keep the lie going. And this may certainly be the case if the ISIS claim is real,” said Mokhtar Awad, a research associate at the Center for American Progress in Washington who studies the Sinai insurgency.

ISIS has threatened Russia in response to its military campaign in Syria in support of the regime of president Bashar Al-Assad.

ISIS members have made false claims in the past, but experts say it was rare for group’s Egyptian branch to publish an outright lie, attempting to claim credibility in their conflict with the Egyptian government, which frequently releases vague statements about its counterinsurgency in Sinai.

“As counter intuitive as this may seem Salafis are in fact many things but not usually blatant liars,” he added in an email, referring to the brand of Islam associated with ISIS. “This episode surely damages this so-called Jihadi credibility.”

Gold, the security analyst, also cast doubt on the possibility that a threatening object could have been smuggled onto the plane. “I think that it would be difficult to sneak something through,” he said. “My assumption would be that in order to sneak an explosive through the airport you would need to infiltrate the airport, whether its airport staff” or some other personnel. However, travelers have reported lax security at Sharm al-Sheikh airport, in particular, police officers passing luggage through scanning machines without paying close attention.

Still other statements suggest a mechanical or technical failure. A co-pilot of the plane had complained to his family about the condition of the plane before flying, according to his ex- wife who was interviewed on a Russian state-backed TV channel on Saturday.

“Our eldest daughter called him before he flew out. He was complaining before the flight that the technical condition of the plane left something to be desired,” said Natalia Trukhacheva, ex-wife of co-pilot Sergei Trukhachev.

See Photos From the Russian Plane Crash and Its Aftermath 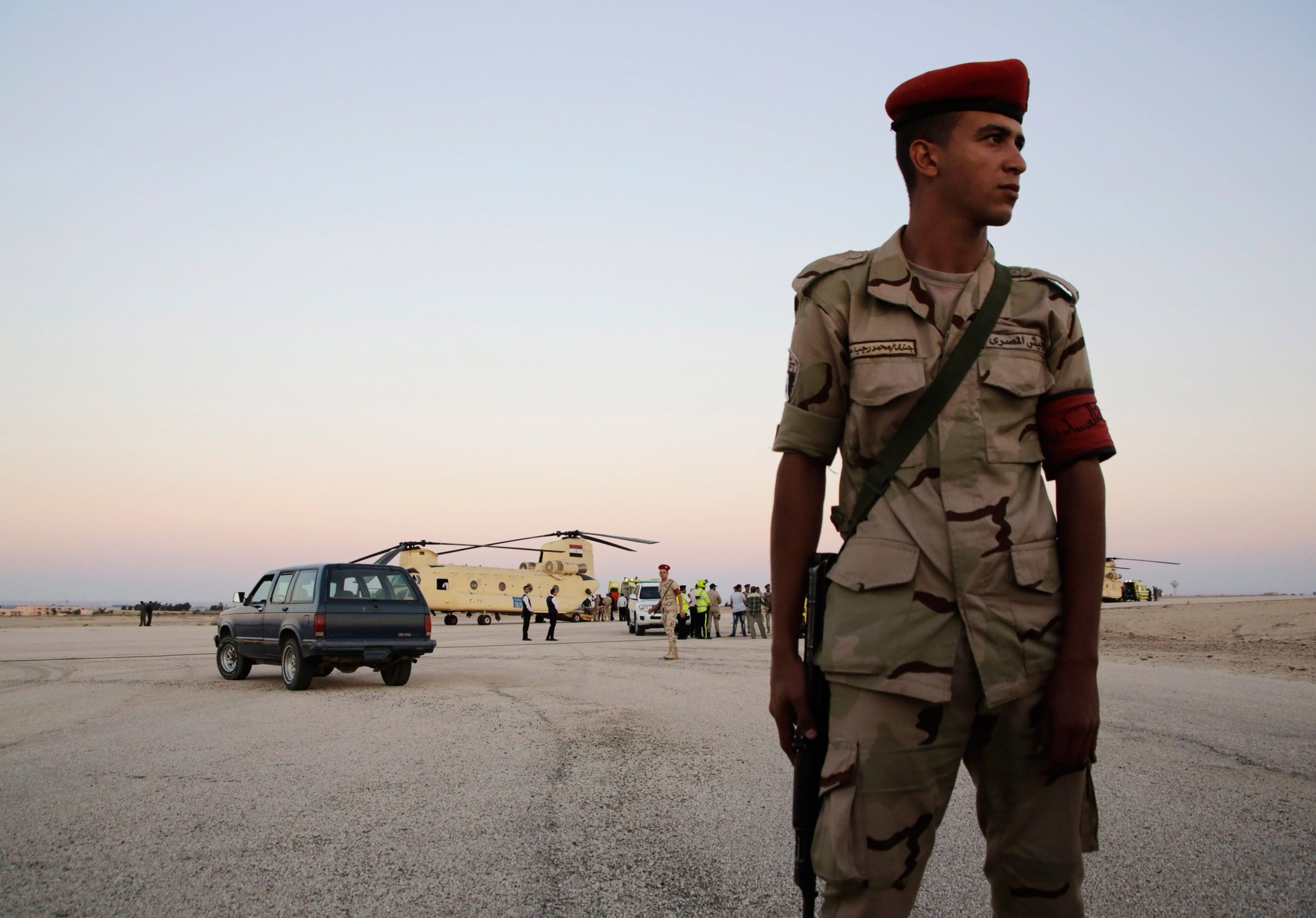 An Egyptian soldier stands guard as emergency workers unload bodies of victims from the crash of a Russian aircraft over the Sinai peninsula from a police helicopter to ambulances at the military airport in Kabrit, Egypt, on Oct. 31, 2015
Amr Nabil—AP 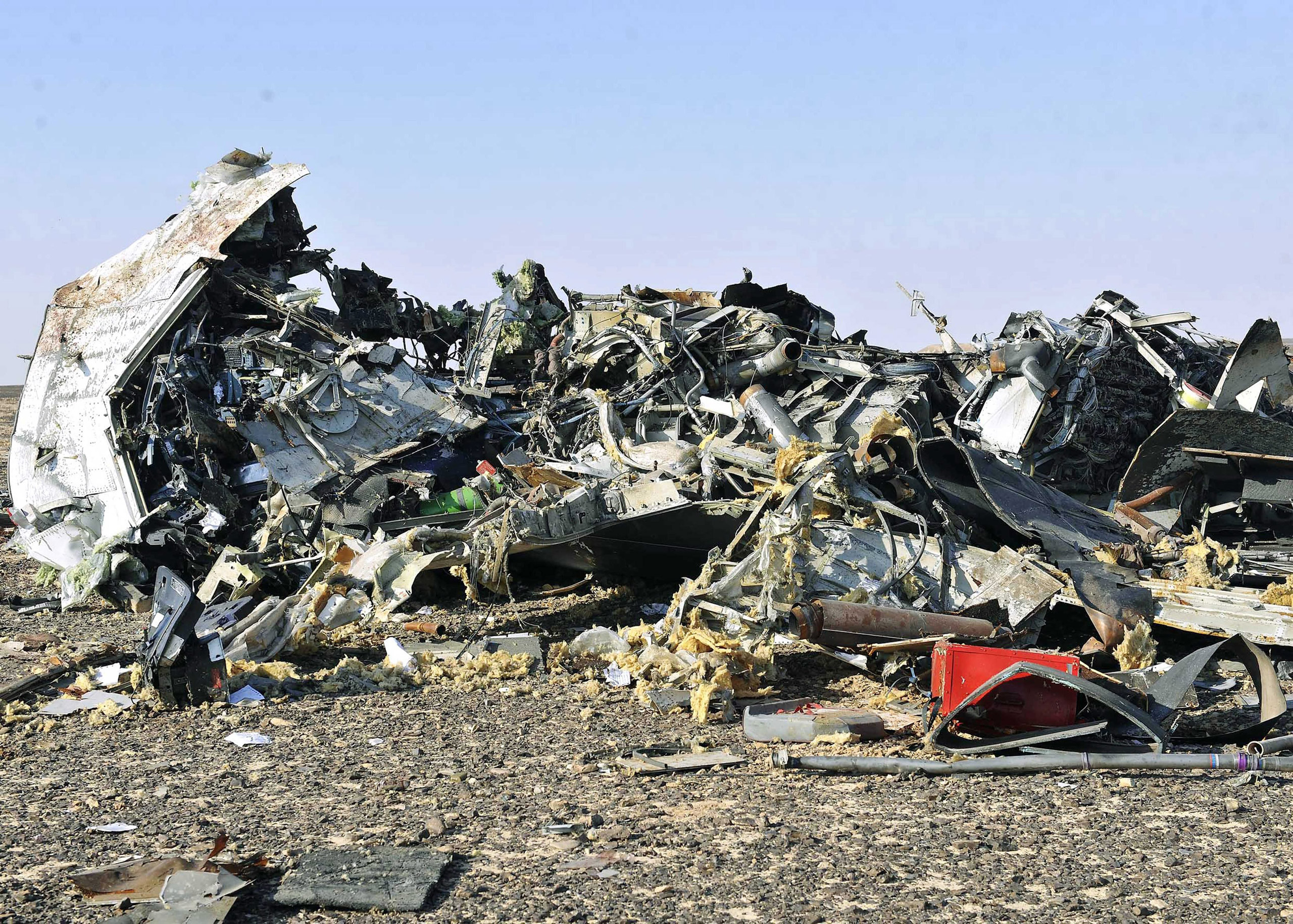 Debris from crashed Russian jet lies strewn across the sand at the site of the crash in the Sinai region in Egypt on Oct. 31, 2015.
EPA 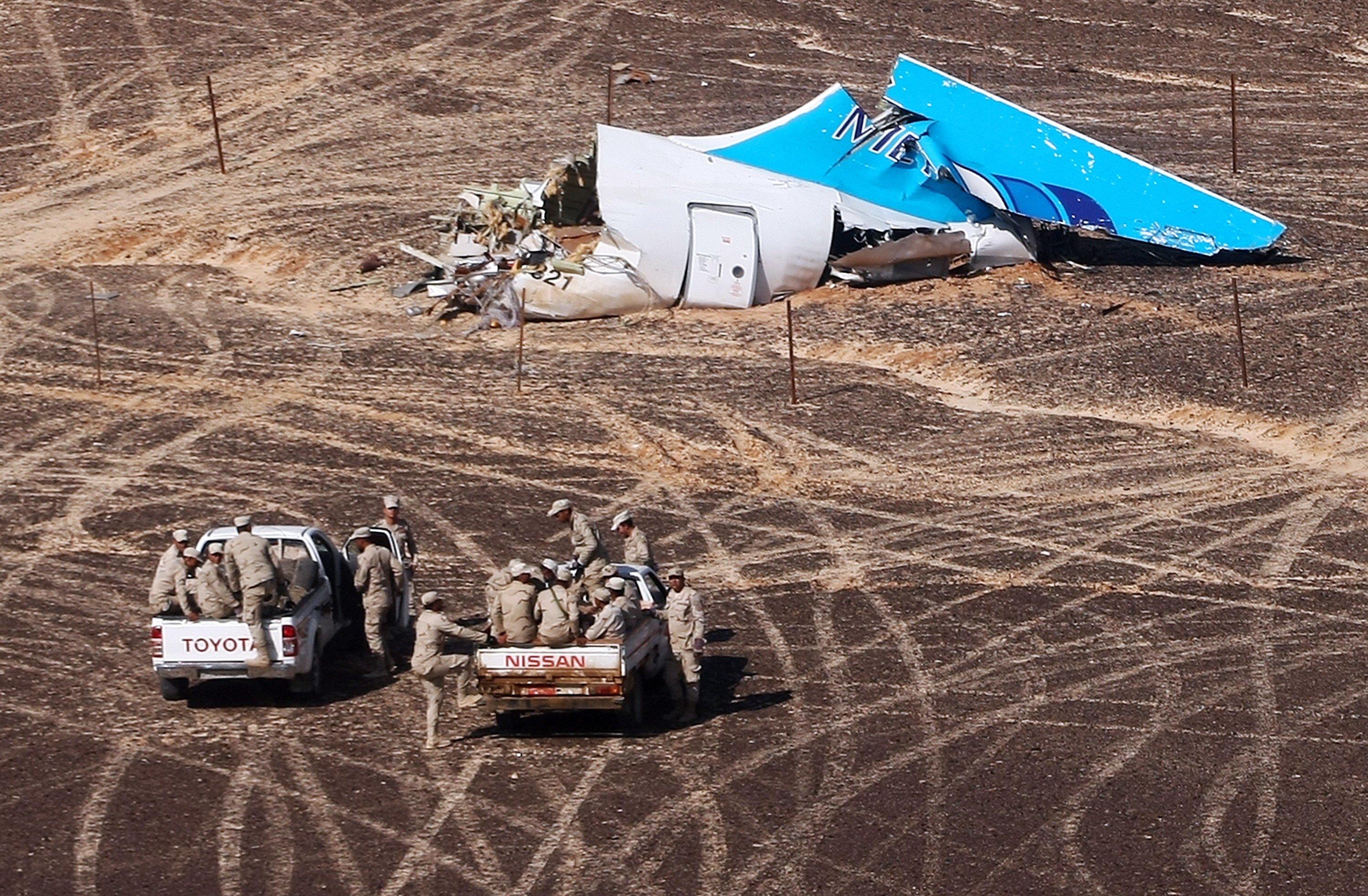 Wreckage at the site where a Russian aircraft crashed in Egypt's Sinai Peninsula near El Arish city, on Nov. 1, 2015.
Maxim Grigoryev—ITAR-TASS/Corbis 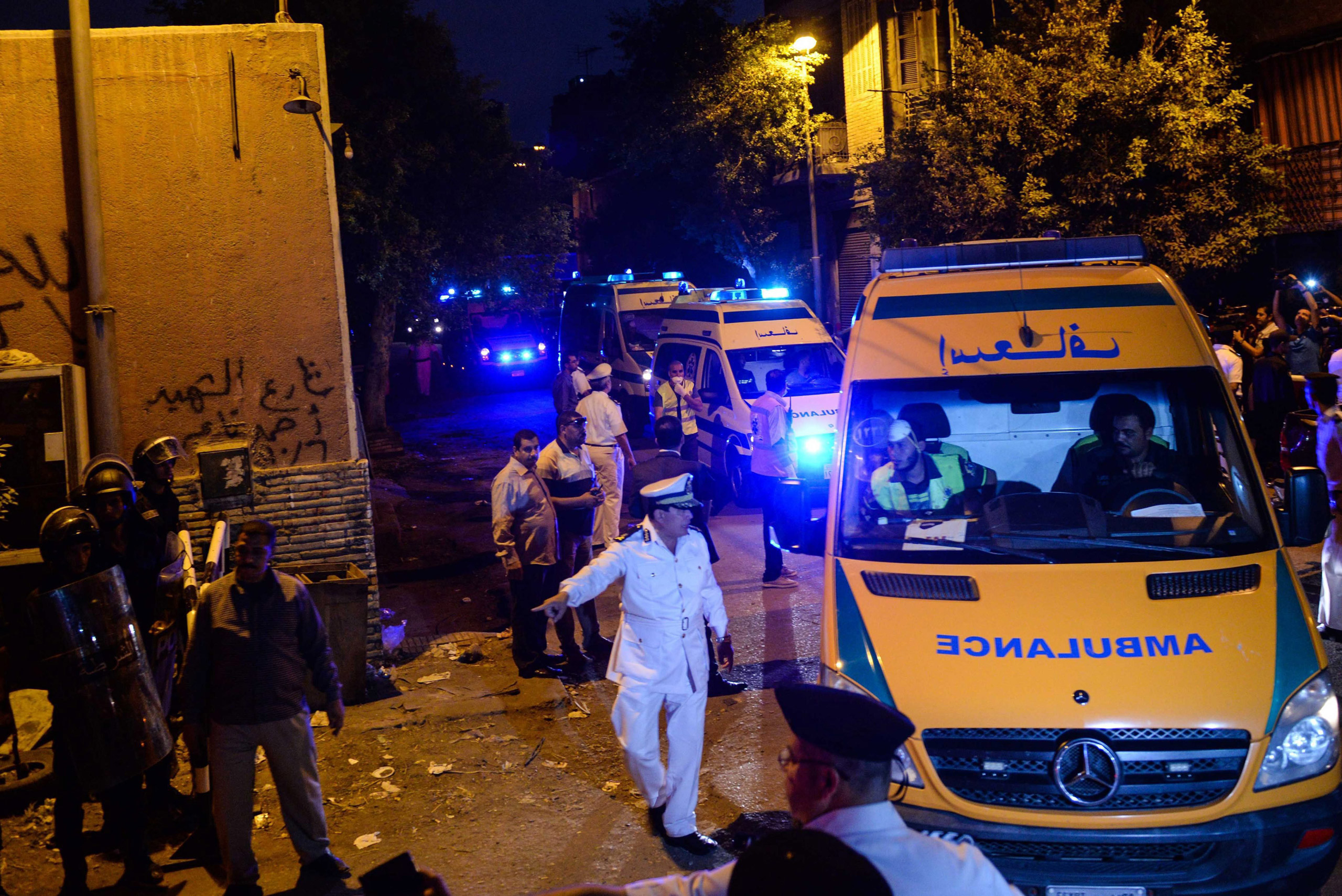 Ambulances transporting the bodies of the victims of the Russian passenger flight crash arrive at the Zeinhom morgue in Cairo on Oct. 31, 2015.
Mohammed Hossam—EPA 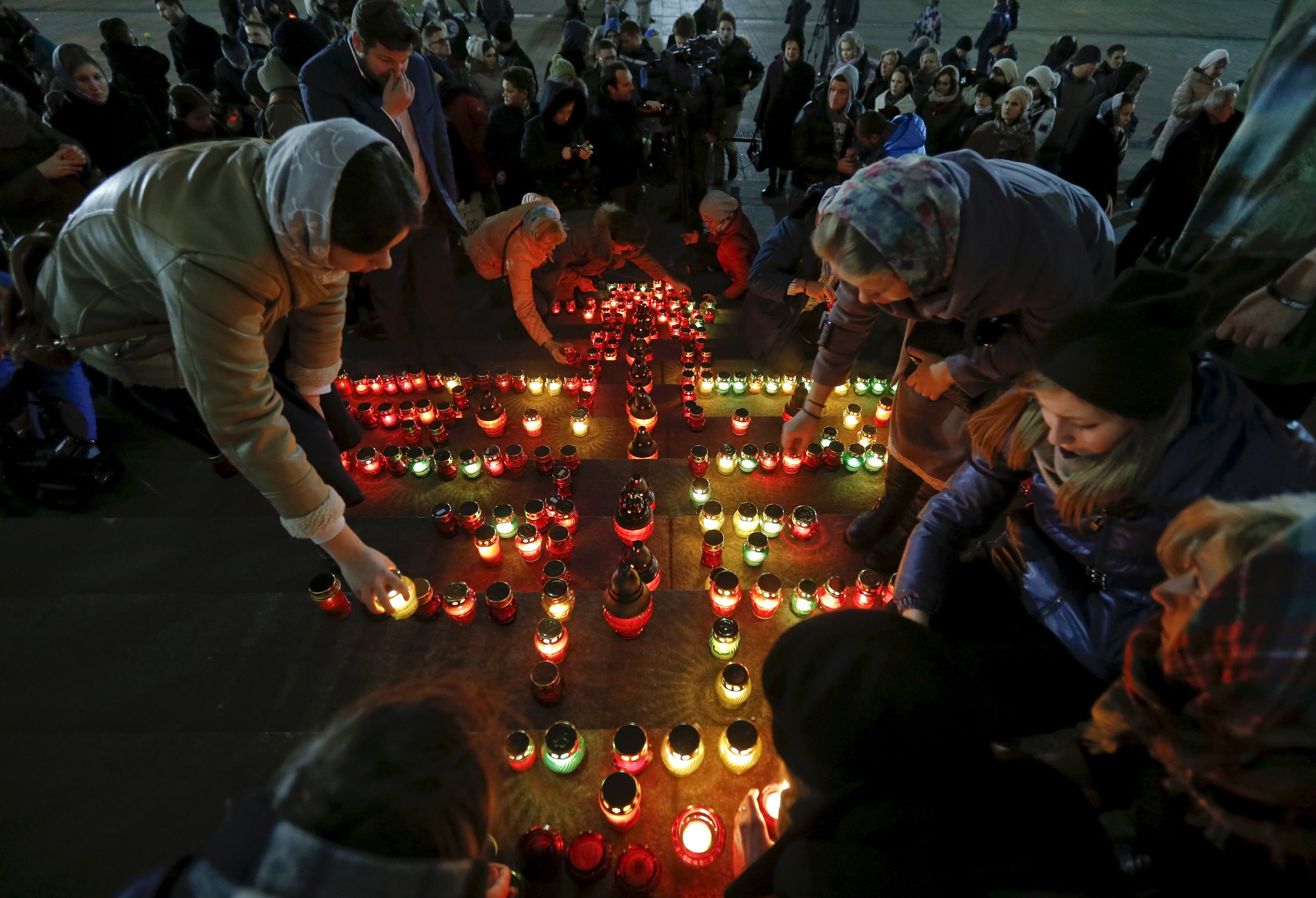 People arrange candles to make a cross to commemorate 224 victims of a Russian airliner which crashed in Egypt, on the stairs of the Christ the Saviour Cathedral in Moscow on Nov. 1, 2015.
Maxim Shemetov—Reuters
1 of 5
Advertisement