It's Already Black Friday at Amazon

Black Friday is still weeks away, but Amazon is already starting its sales. The online retailer has launched its Black Friday Deals store, which features discounts on everything from smartphones to video games and sneakers.

The idea is to get shoppers excited for the actual Black Friday, which takes place Nov. 27, the day after Thanksgiving. Amazon is counting down the days by offering different deals daily in its “Deals of the Day” section. There’s a special bonus for Amazon Prime members this year, too — the company says those with Prime will get access to 30,000 deals 30 minutes before non-Prime customers.

Amazon says that its Black Friday store will offer “tens of thousands” of deals between now and Dec. 22. Some notable tech deals on Nov. 2 include an unlocked 16GB Moto X smartphone for $200, which usually costs $300. Metal Gear Solid V: The Phantom Pain is on sale for $40, which is a notable discount off its usual price of about $60. Amazon is also selling a pair of AngLink Bluetooth 4.1 headphones for $21.50 as part of a Prime Early Access deal. The earbuds usually cost $60. 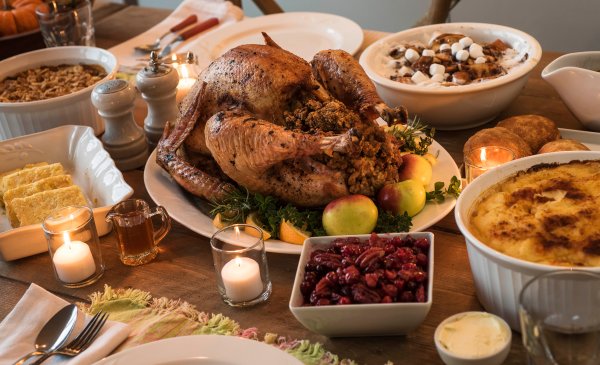 These Stores Are Refusing to Open Up on Thanksgiving Day
Next Up: Editor's Pick