Why Jennifer Lawrence Thinks She's 'Aging Like a President'

Jennifer Lawrence has been working non-stop since the first installment of The Hunger Games came out in 2012, racking up over 12 films since the release of the blockbuster movie. And, even though she thinks her busy schedule is taking its toll on her physically, she wouldn’t want it any other way.

“I try to keep working so people can see other characters and other things I can do instead of taking vacation time, and now I’m aging like a president,” Lawrence, 25, told reporters at a press conference for The Hunger Games: Mockingjay – Part 2 in Los Angeles on Saturday. “I hate waking up without a goal or going to sleep without achieving nothing.”

With films including the X-Men franchise, American Hustle and her Oscar-winning turn in Silver Linings Playbook under her belt, the Kentucky native has purposely worked hard to show people what she can do beyond Katniss Everdeen, even though she calls the tribute “the greatest female character ever”.

“I remember there have been a few times where I would have loved time off,” she said. “But I was very aware of how overwhelming these movies and this character was, and that was a big fear of mine signing on to these movies.

“I want people to be able to lose themselves when they’re watching a movie and not see the same character,” added the actress, who will soon be seen in the movie Joy which hits theaters near Christmas.

Lawrence admitted that she works “obsessively” to avoid going “crazy”, but also because it helps her adapt to her new life as one of the biggest stars on the planet. “Your entire world changes,” Lawrence said of becoming famous. “Now it’s very easy for me because I’m isolated. I have a new normal now. I feel very stable, and normal, and happy, but it took a few years to get used to being looked at differently. It’s kind of an alienating feeling.”

Added Lawrence, “You don’t feel different but everyone reacts to you differently. It was a few years of getting used to it. Then it was “OK, let’s get back to work” and people react and can do whatever they want. That’s fine and it’s on them. I have a job. That’s how I think of it.” 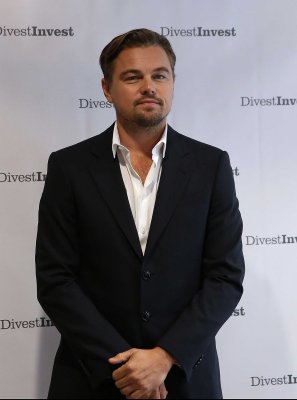 Instagram Loves This Leonardo DiCaprio Doppelganger
Next Up: Editor's Pick