China has been asserting territorial claims recently. Luckily, according to John Oliver, the U.S. has a secret weapon: Kenny G.

On Last Week Tonight, Oliver spoke about China’s ambitions in the South China Sea. The U.S. and other countries have rejected China’s claims to the highly disputed waters, invoking Beijing’s fury. (A Chinese admiral has even threatened to go to war with the U.S. if Washington repeats its naval maneuvers in the area last week.)

War with China would be nothing to laugh at, so rest assured John Oliver has a plan. Apparently, Chinese venues like shopping malls and theme parks have long used Kenny G’s song “Go Home” to announce the end of the business day and tell their customers to clear out. To help calm Chinese tensions, Oliver brought out “future winner of the Nobel Peace Prize Kenny G” to play his dulcet tones to help China relax, because “no one can start an international incident with this in their ears.” 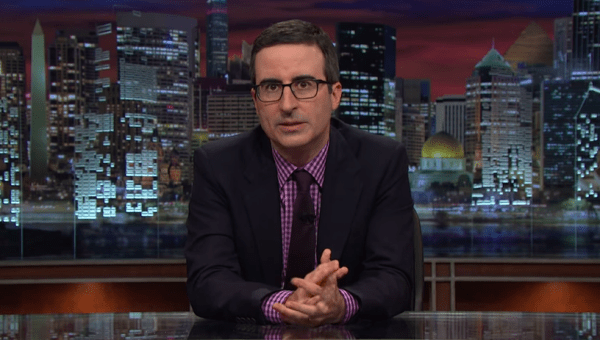