Taylor Swift Sued for $42 Million Over 'Shake It Off' Lyrics

Taylor Swift performs at a concert at the Greensboro Coliseum on Oct. 21, 2015, in Greensboro, N.C.
Steve Exum—LP5 Getty Images
By Joanna Plucinska

A little-known R&B singer is suing Taylor Swift for $42 million alleging that she stole his lyrics for her 2014 hit “Shake It Off.”

Jesse Braham, whose stage name is Jesse Graham, says Swift plagiarized the lyrics from his 2013 song “Haters Gone Hate.” “Her hook is the same hook as mine,” Graham, 50, told the Daily News. “If I didn’t write the song ‘Haters Gone Hate,’ there wouldn’t be a song called ‘Shake It Off.’”

Graham, who, according to the Daily News also runs an organization called New Day Worldwide, said he also plans to sue CNN over the cable network’s show “New Day.”

A representative for Swift declined to comment to TIME.

Read next: Can Taylor Swift Really Trademark “This Sick Beat”? Yes, and Here’s Why

Most Popular on TIME
1
The Disastrous Swedish Approach to Fighting COVID-19
2
What's Your Risk Tolerance for COVID-19?
3
After Months of Minimal COVID-19 Containment, Sweden Appears to Be Considering a New Approach 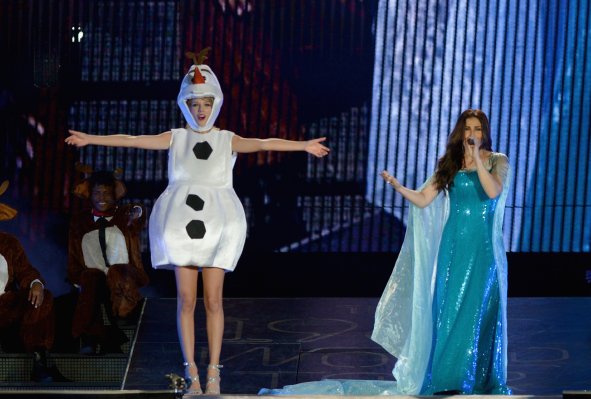 Watch Taylor Swift Sing 'Let It Go' With Idina Menzel While Dressed In a <i>Frozen</i> Costume
Next Up: Editor's Pick