Christie Takes a Shot at GOP Rivals Over Debate Concerns

New Jersey Gov. Chris Christie attacked his Republican presidential rivals Saturday for complaining about the CNBC debate moderators, suggesting those that were complaining were unprepared to be president.

Speaking to reporters after the Iowa Republican Party Growth and Opportunity Party at the state fairgrounds, Christie said he didn’t share the Republican National Committee’s concern over February’s scheduled NBC debate, which the party suspended Friday.

“Whatever debate they set up, I’ll show up and I’ll answer the questions that get asked, and if I think it’s a dumb question, like the other night on fantasy football, I’ll say it’s a dumb question,” Christie said. “But I’m not worried about this nearly as much as the other guys. If you can’t handle that stage, you got no chance of handling Hillary Clinton next fall and even less of a chance of being an effective president.”

Earlier at the same event Sen. Ted Cruz had drawn raucous applause by suggesting future debates be hosted by conservative personalities like Rush Limbaugh, Sean Hannity, and Mark Levin instead of the “left-wing operatives” of CNBC. “How about if you’ve never voted in a Republican primary in your life, you don’t get to moderate a Republican debate,” he said. Former Arkansas Gov. Mike Huckabee also called the debate “a train-wreck.”

Christie suggested such talk was counter-productive. “If Ted [Cruz] wants to spend all his time on the rules, let him handle that,” Christie said. “While he’s doing that, I’ll go out and get some of the votes he might have gotten otherwise.”

Christie’s comments come a day before many of his rivals’ campaigns are set to meet in Washington to discuss making an end-run around the Republican National Committee to push future hosting networks to accede to their demands to change the debate format.

The New Jersey governor said he wasn’t as concerned by the format as his fellow candidates. “They can talk all they want about it, have meetings or whatever, but I’m going to be working while they’re doing that and trying to win votes,” he said. “I’m not worried. Set up a debate and I’ll show up and I’ll do just fine.”

The Sunday meeting, to which RNC officials were excluded, was organized by representatives from the Donald Trump, Ben Carson, Bobby Jindal, and Lindsey Graham campaigns to discuss changes to how questions are asked of the candidates. Many campaigns and candidates have complained about the “gotcha” nature of the questions. During Wednesday’s debate, moderators asked Donald Trump if he is a “comic book version” of a presidential candidate, and at one point they were booed when they asked Ben Carson about his ties to a controversial supplements company.

Ohio Gov. John Kasich likewise suggested that the debates were poorly handled, but said he would participate in any contest. “I don’t want to spend my time talking about the process of a debate,” he said on CNN Saturday.. “However they set it up, I’ll show up and do the best I can to let people know who I am.” 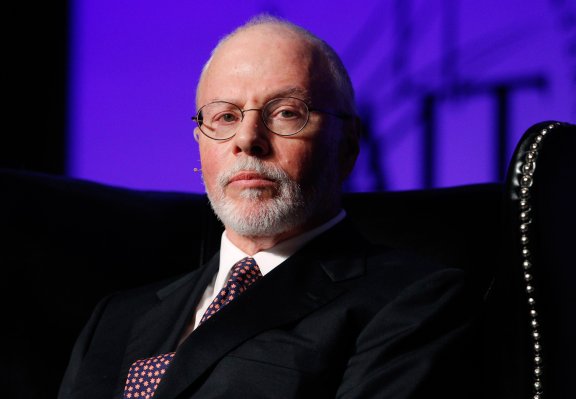