Seemingly confirming the familiar warnings of pediatricians and other researchers, a new study in the Journal of Pediatrics finds that fast food commercials featuring toy giveaways led children to ask their parents to take them to the restaurants. And the more the children saw the fast-food commercials, the more frequently they ate fast food.

The study, performed by researchers from Dartmouth’s Geisel School of Medicine, focused on the advertising of Burger King and McDonald’s, the two major fast-food brands on ad-supported children’s networks, such as Nickelodeon and Cartoon Network.

But the study concerned national advertising from 2009, and the youth-focused marketing practices of fast food have since then improved, by some measures. A 2013 report suggested that both McDonald’s and Burger King had scaled back their marketing toward children.

Some practices still raise hackles, however. Earlier this year, the Children’s Advertising Review Unit, the regulatory body, reprimanded McDonald’s for a Happy Meal commercial in which a “Teenie Beanie Baby Boo” toy got a third of the screen time. McDonald’s has stopped airing the ad. 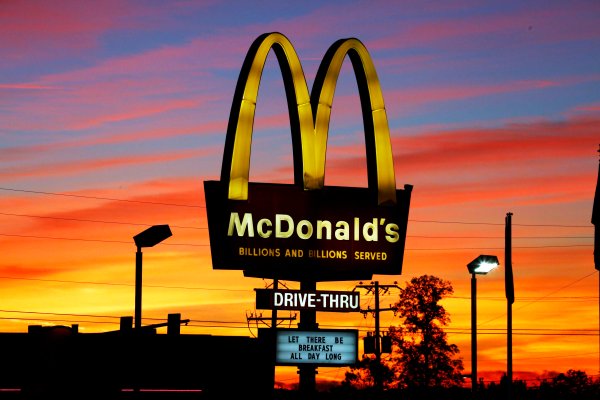 McDonald's Stock Soars Following Reports of Climb in Sales
Next Up: Editor's Pick