Turkey's Election Could Only Deepen Its Political Divide

Turkey is set to hold its second parliamentary election in five months on Sunday in an atmosphere of political crisis that has resulted in part from violence overflowing from the ongoing wars in neighboring Syria and Iraq.

In the last election, in June, the party of President Recep Tayyip Erdogan lost its majority in parliament for the first time in 13 years. Since then, Turkey’s four rival parties failed to form a ruling coalition and the country has been shaken by at least two massive bomb attacks blamed on ISIS militants.

Both attacks, including one in July the town of Suruc, on the Syrian border, and a second in Ankara in October that killed at least 102, targeted people affiliated in different ways with Turkey’s political opposition, a fact that contributes to the sense of bitterness among Turkey’s divergent factions. The election and the parliamentary maneuvering that will surely follow will be a test of whether Turkey’s rival political factions can deescalate an increasingly volatile situation.

“Unless politicians—society itself—smartens up about what can happen, what will probably happen is slow burning civil strife, depending on the election results and how the parties react to the results,” said Burak Kadercan, a political scientist at the U.S. Naval War College. “The last four or five months the political parties have been acting individually rationally but collectively crazy.”

Analysts saw the June election as a referendum on Erdogan and his conservative Justice and Development Party (AKP), which has been credited with growing Turkey’s middle class and raising the country’s profile in international affairs. Over more than a decade, Erdogan star has fallen both at home and abroad. While his core supporters still regard him as a democratic savior, his critics now denounce him as an autocrat. Opponents also accuse the government of turning a blind eye toward the threat posed by the jihadi groups fueled by the ongoing civil war in neighboring Syria.

The June election also saw the rise of a new force in Turkish politics in the form of the leftist, pro-Kurdish People’s Democratic Party (HDP), which to enter parliament for the first time by passing a 10 percent threshold of the popular vote. Led by its charismatic co-chair Selahattin Demirtaş, the party represents a kind of rainbow coalition of progressive groups, including Kurds—an ethnic group whose heartland is spread across Iran, Iraq, Syria, and Turkey—and the country’s first openly gay candidate for parliament.

But the leftists’ euphoria faded soon after the election. In July, a bombing killed more than 30 people at a cultural center in Suruc that was a staging area for pro-Kurdish volunteers heading to aid the Syrian Kurdish town of Kobani. In October, a twin suicide bombing struck a rally organized by a coalition of groups including trade unions and the pro-Kurdish HDP, killing more than 100 people in the worst terrorist attack in Turkey’s modern history.

The Ankara blast was quickly termed “Turkey’s 9/11,” but the attack did nothing to bring the country together. Instead, the aftermath exposed the deeply divergent worldviews of Turkey’s factions. The state prosecutors’ office has attributed the bombing on ISIS, but Erdogan blamed an unlikely array of enemies, including the Syrian regime, Kurdish militants, and ISIS, a scenario analysts dismissed as implausible. Kurdish groups in Syria are at war with ISIS, as is the regime. On the other hand, Demirtas of the HDP held the government responsible for bombing its own people

“The reaction, different from most terrorist attacks, similar bombings, say Madrid and London or the United States, did not bring the citizens of turkey together. Instead it ripped them apart,” said Kadercan of the U.S. Naval War College.

As a result of the bombings and other attacks, pro-Kurdish activists and politicians are worried about their personal security. At an HDP headquarters in Istanbul on Friday, a plainclothes security guard administered a thorough pat-down to every single visitor, and scrutinized the contents of bags.

Whatever the outcome of Sunday’s election, a key question is whether some combination of the four main political parties can form a ruling coalition. Also in the mix are a center-right secularist group called the Republican People’s Party (CHP), which captured the second largest bloc of seats in the June election after the AKP. Also running is the far-right Nationalist Movement Party or MHP, who are hostile to the Kurdish cause and who might impose limits on the entry of refugees from Syria.

If the parties fail again to form a government—and it is difficult to predict whether that will happen—analysts speculate that the government could be forced to hold yet another election. Critics say that an obstacle to forming a government will be the AKP’s unwillingness to relinquish power.

“He [Erdogan] wants to be in the drivers seat,” said Ali Çarkoğlu, a political scientist at Istanbul’s Koc University. “Not only for himself but to protect his entourage from all these accusations of wrongdoing and corruption.”

The election is also taking place in an increasingly restrictive media environment. Earlier this week the state seized control of an opposition media company as a part of an investigation into the movement of the preacher Fethullah Gulen, whose vast movement of Islamic charities is influential in Turkey. Following the takeover, in a change that astounded Turkish media observers, the formerly critical newspaper’s coverage became markedly pro-government almost overnight.

A crucial dynamic in the election is the Turkish state’s fraught relations with its minority Kurdish citizens and a nearly three-year-old peace process with domestic Kurdish militants that is collapsing under the weight of the Syrian crisis. The victories of Kurdish militants fighting ISIS in Syria has energized pro-Kurdish politics in Turkey. At the same time the Turkish government has renewed airstrikes against Kurdish fighters in Eastern Turkey and Iraq.

“All the problems in Turkish democracy and instability now are related to the Syrian policy and the Kurdish issue,” said Bayram Balci, a nonresident scholar at the Carnegie Endowment for International Peace. “Without resolving the Syrian crisis it is unthinkable to image an improvement of the situation in Turkey.”

Regardless of the results on Sunday, the election is unlikely to produce a conclusive resolution to the complex and interlocking problems of Turkish policy toward Syria and the Kurds. In Turkey today, both ordinary people and seasoned observers of politics fear a hard road ahead. 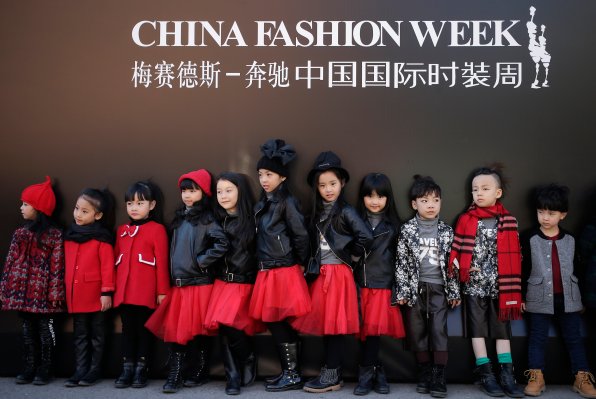 How Asia Is Solving Its Population Problem
Next Up: Editor's Pick