Bill Simmons on the set of NBA Countdown in New Orleans on Jan. 30, 2013.
Don Juan Moore—AP
Ideas
By Jack Dickey

ESPN announced Friday afternoon that it would immediately shutter Grantland, its acclaimed sports-and-pop-culture site founded in 2011, citing a desire to direct its “time and energy going forward to projects that we believe will have a broader and more significant impact across our enterprise.”

The site’s future had been an unsettled matter since May when the sports-media giant let go of Grantland founder/editor Bill Simmons, but the finality of Friday’s news turned media chatterers elegiac. (ESPN has said it will absorb the site’s sports-focused employees into its broader apparatus; the culture writers will be looking for new work. Some of the 40-plus writers who worked for the site have already left to land at other outlets and an as-yet-unnamed Simmons editorial project elsewhere. Simmons will host a talk show for HBO in 2016.)

The site by Simmons’ recent admission had failed to turn much of a profit—ESPN, a Disney subsidiary, does not break out its finances in great detail. Still, Grantland had verve and cachet. In its four years, it became one of the most ambitious digital ventures to emerge in this age of media disruption. Where ESPN’s big brand connotes jocks in battle and light beer, Grantland’s small but smart, young and loyal audience figured Simmons’ site a home for them. The site’s commitment to longform (that favorite child of the internet) meant that it would publish at length not only the usual Sunday-sports-page prize-bait but also unexpected and indelible narratives. These efforts at their best were so good that you could fill a Best American Sportswriting with the Grantland work of just a Bryan (Curtis) and a Brian (Phillips). Even when Grantland would whiff on a project, its failures still appeared earnest when compared to the lowest-common-denominator eyeball-grubbing of so many digital shops. Any Walt Disney Co. concern that manages to seem artisanal has pulled off a feat indeed.

And so it’s tempting to read Grantland’s shuttering as ESPN weakening its commitment to lively and literary journalism; more than one observer noted Friday that the network’s employment arrangements with commentators Ray Lewis and Skip Bayless remain unaffected by today’s news. The move also seemed like turnabout. Network president John Skipper had said after Simmons’s departure that ESPN was committed to Grantland for the long haul. (Instead ESPN will go forward with the site’s smaller step-siblings, Nate Silver’s FiveThirtyEight and the embattled African-American-targeted The Undefeated.) Grantland’s demise comes 10 days after ESPN announced it would layoff 300 employees or 4 % of its staff.

For all of Grantland’s spirit, and for all of its resonance with a certain set, the site was the product of countless marriages of convenience, more than enough to disqualify it as a bellwether of its corporate parent or the digital-media business writ large. As far as sports-journalism closures go, this isn’t The National, or even Play magazine.

ESPN launched the site without much business-side need for it; Grantland was in industry jargon “a content play,” with measurements for its success as unclear as that term might suggest. The site’s sports and pop-culture halves also had nothing to do with one another, which gave Grantland an enthrallingly scattered sensibility but also made it hard to see the site as an industry go-to for anything in particular. Grantland’s existence and ESPN’s substantial investment in spite of these realities testified to Simmons’ internal clout. His ugly departure—ESPN blindsided Simmons in The New York Times—suggested that he had lost it all. Given the staff defections, the network hardly could have been expected to rebuild an orphaned prestige product that represented the capacious interests of an ex-employee.

Yet even if Grantland’s end is not a representative moment for journalism, it does offer an occasion to puzzle over the unfulfilled promise of digital media. The writing business no longer has high barriers to entry, and it is easier than ever for readers to find authors they love. But for the would-be publishers of Grantland’s descendants, the finances still make too little sense. Someday, with any luck, a multimillionaire columnist’s loss in a corporate turf war will not deep-six a beloved site. Today, though, is not that day, even as the peeved voiceless call out to ESPN management: “Yup, these were your readers.” 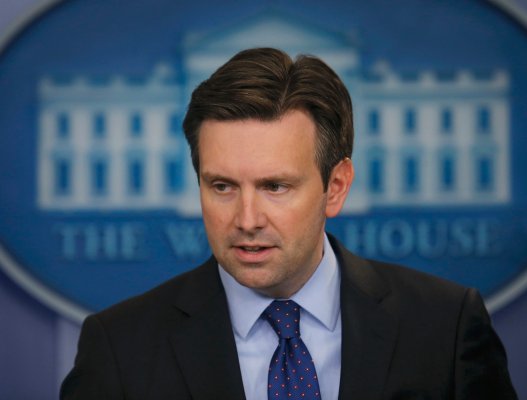 Obama’s Syria Strategy Is Doomed to Fail
Next Up: Editor's Pick