Why ESPN Is Shutting Down Grantland

“Effective immediately we are suspending the publication of Grantland,” reads ESPN’s statement. It continues: “We have decided to direct our time and energy going forward to projects that we believe will have a broader and more significant impact across our enterprise.”

The “worldwide leader in sports” announced the news on Friday afternoon. Grantland, since its inception in 2011, had become one of the company’s most prestigious (though not most read) products. Just this year, it was a finalist for three National Magazine Awards. As the web site grew, it added a YouTube channel and regular podcasts. It also courted plenty of controversy. (Last year the site ran a long profile on the inventor of a putter and outed the subject in the process, leading to an apology from Simmons.)

It might be curious, to some, to see this line in ESPN’s statement: “Grantland distinguished itself with quality writing, smart ideas, original thinking and fun. We are grateful to those who made it so. Bill Simmons was passionately committed to the site and proved to be an outstanding editor with a real eye for talent.” If the site was such a success, why shutter it? The answer lies in the dramatic, acrimonious departure of Simmons from the company this past May.

Grantland, even after it staffed up, was always a Bill Simmons joint. The sportswriter, who rose over the years from Boston-famous blogger to national bestselling author and broadcast personality, created Grantland and infused it with his own interests. The site was known for sports-related content but was by no means only a sports site—it ran stories on pop culture and, generally, anything that interested Simmons.

As a result, many are not shocked by the news of Grantland’s closure and expected it from the moment Simmons left. ESPN had appointed a new editor of the site, Chris Connelly, but a number of writers had already left to follow Simmons to a new venture.

About 40 people are affected by this decision, and indeed, some of them will lose their jobs. Mike Soltys of ESPN public relations took to Twitter to clarify that some of the sportswriters will stick around and be used on other ESPN properties.

But Grantland had a number of staff writers who did not focus on sports, and those writers will be let go. (ESPN would not confirm the exact number of Grantland staffers that have been let go, but it isn’t many. A number of staffers had already left in the past weeks, including film critic Wesley Morris and editors Dan Fierman, Sean Fennessy, and Chris Ryan.)

Nate Silver, the former New York Times writer who joined ESPN last year to launch data journalism site FiveThirtyEight (an arrangement similar to the one Grantland had) clarified for anyone wondering that the Grantland closure does not affect FiveThirtyEight.

The news about Grantland comes only a little over one week after the company cut 350 jobs, amounting to some 5% of its workforce. The media giant has seen cable subscriptions fall and is adjusting to the times. But these are emotional growing pains that play out publicly because of the industry’s fascination with ESPN.

While many in media scrutinized Grantland’s goings-on with great interest over the years, and much of that scrutiny was critical, the site’s closure is a sad loss for longform journalism on the Web. 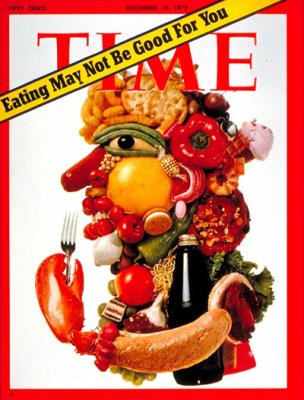 The War on Delicious and 19 Other TIME Magazine Food Covers
Next Up: Editor's Pick