After each Republican presidential debate and shift in the polls, pundits and commentators have rushed to judgment. Each time, they could not have been more wrong. Donald Trump, they said, “offered only the same mind-numbing narcissism that he always does. … His novelty will wear off.” Retired neurosurgeon Ben Carson and Trump’s poll standings “gives outsiders a firm grip atop the Republican presidential race.” Former Florida Gov. Jeb Bush and Florida Sen. Marco Rubio are competing to be the “establishment” candidate.

Most pundits just don’t understand today’s GOP—the emotions and dynamics that rule the party, or the size and influence of the voting blocs that will influence the 2016 election.

Since Karl Rove launched the George W. Bush campaign’s culture war, Republican base voters seem to have become increasingly determined to keep the burgeoning new majority of racial minorities, single women, millennials and seculars from governing successfully. Rove used gay marriage and abortion to fuel the battle for American values, and abortion has become a central and enduring issue for social conservatives. At the same time, many Republicans watched the growth of immigrants and racial minorities, and now worry about what free things they will demand of government. They think that is the Democrats’ plan for victory.

Today’s Republican base voters are in a pitched battle against the new American majority—and they believe they are losing. Their leaders have failed to keep Barack Obama and Hillary Clinton from advancing their liberal agenda. They see an America headed to Armageddon.

That intensifying, angry battle for American values has changed the face of the Republican Party. According to more than 7,000 interviews conducted for Democracy Corps from July 2013 to January 2015, the Evangelicals and observant Catholics form almost half of the base, 46%. The Tea Party supporters are also a powerful force, comprising 25% of the base, though that understates their strength: Evangelicals and Tea Party are the heart of the Republican Party.

Moderates, at only a quarter of the base, are acutely aware that they are a minority in a party that does not value voters who are only fiscally conservative. They differ with the rest of the party on gay marriage, contraception, Planned Parenthood and most of all, abortion. They do not share the rest of the party’s intense support for pro-life groups.

Given what we now know about today’s Republican Party voters, why has anybody been surprised that Jeb Bush has failed to emerge as the centrist, civil and electable candidate favored by the GOP establishment? These voters might turn to Rubio, as he seems less ideological and focused on economic, rather than social issues.

Donald Trump could be building a base with the 25% Tea Party voters who are less religiously devout and from the working class. He alone is giving voice to the frustration of Republican base voters who are upset by what they perceive as uncontrolled immigration and leaders who don’t stand up for American jobs.

And most important, Carson and Texas Sen. Ted Cruz are competing for the social conservative vote—and that matters most of all in figuring out who makes it to the end game.

Please use this guide to today’s Republican Party to clear through the pundit fog. 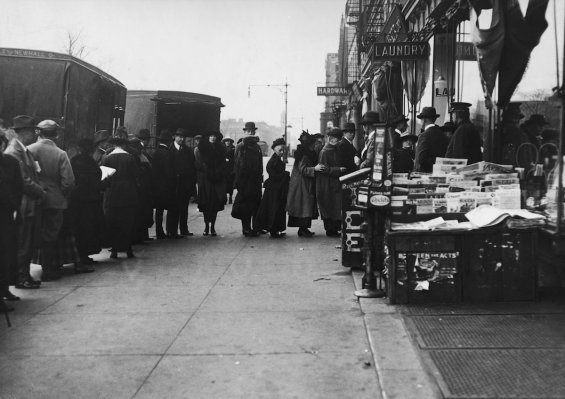 The Reason Election Day Is Tuesday
Next Up: Editor's Pick