Thursday’s announcement that China will formally end its one-child policy could create a new endangered species: the “little emperor,” or the singleton offspring birthed by China’s controversial family-planning scheme. For more than three decades, the Chinese government prevented many families, particularly from urban areas, from having more than one child. “Little emperors,” as the single issue of the world’s largest social-engineering project have been dubbed, are the centers of some 150 million Chinese families.

In local lore, the little emperor is a pudgy, pale beast, gorging on Kentucky Fried Chicken and video games, so coddled that he—he is, all too likely to be a he, not a she—can hardly do anything without adult intervention. At their worst, little emperors are considered spoiled, amoral and narcissistic—not exactly the kind of future leaders suited to one day guiding the world’s second-largest economy. Like many stereotypes, this image of self-absorbed singletons has a kernel of truth at its heart. Most Chinese parents grew up in privation; it’s only natural that they have lavished attention—and sweetmeats—on their treasured progeny. And with only one child to depend upon in their dotage, parents want to ensure their kid is properly educated so he can get a good job. If a child can ace tests, what does it matter if he doesn’t know how to cook or clean or share with friends?

While the excesses of the little emperor are legendary—if often exaggerated—the stresses they face are less well known. As the Chinese saying goes, an only child has six people’s hopes riding on his shoulders: that of his parents and two sets of grandparents. In a country where children often fund their parent’s retirement, because of a lack of a social safety net, the pressure on singletons to succeed can be intense. “It’s not always good when you are the focus of the whole family,” says Niu Haitao, an elementary school teacher in Zhengzhou, the capital of Henan province. “Parents will have higher expectations of their only child.”

China’s one-child policy may have helped to limit population growth in a poor country but its other demographic consequences are dire. A diminishing number of youth will have to care for a growing cohort of elderly Chinese. Even worse, because Chinese families traditionally preferred boys who would inherit any family fortune, millions of female fetuses were aborted to ensure that only children would be male. China suffers from a skewed gender ratio, with 115.88 boys born for every 100 girls in 2014. (The natural rate is 103-107 boys per 100 girls.) In his third-grade math class, Niu says he has 41 boys and 29 girls. “It seems that every year,” he says, “there are always more boys than girls in class.”

There is now a shortage of brides in China, and the problem will get much worse before it gets better. An estimated 25 million Chinese males are considered “bare branches” on family trees, a number that could increase by another 5 million by 2020. Today’s overindulged little emperors will soon inherit the demographic burdens spawned by China’s one-child policy—a hard time finding a wife and the responsibility of caring for multiple elderly relatives.

There’s no assurance that Beijing’s Oct. 29 announcement allowing couples to bear two children—the loosening of the family-planning scheme isn’t a complete liberation of Chinese wombs—will result in a huge baby boom. The central government has already permitted many couples in certain cities to have a pair of kids. But the cost of raising children is so prohibitive in China that some parents are sticking to a single progeny. Other young couples, only children themselves, would rather focus on their own happiness and see little incentive in procreating at all. In that respect, cities like Shanghai or Beijing are little different from places like Seoul or Tokyo, where fertility rates have declined dramatically.

In a survey of nearly 52,000 respondents on Weibo, the Chinese social-media platform, 19.9% of those polled said they didn’t want a second child, while 18% said they wanted a second child but couldn’t afford it. Another 13.4% indicated that they had no wish to have any children at all. Only 35.8% said the change in the one-child policy meant they planned on having a second child. (The remaining 6.9% said they hadn’t considered this question.) Even with the landmark end of the one-child policy, little emperors may continue to reign in China. 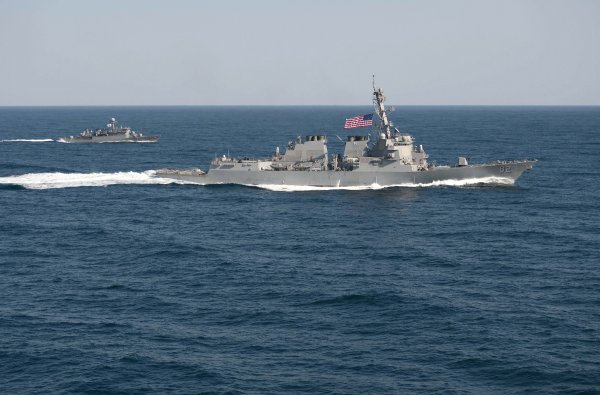 China Warns U.S. of Potential for War in South China Sea
Next Up: Editor's Pick